Amuru- There was drama as policemen and soldiers joined residents to scramble for fuel from a tanker that over turned in Amuru District.

Aswa River region police spokesperson Jimmy Patrick Okema confirmed the accident and told PML Daily that indeed it was unfortunate for police officers and soldiers, who were called to cordon off the scene, to instead compete with residents in  siphoning fuel.

“To our dismay a number of community members came siphoning the fuel which was pouring and officers who should have protected the scene, got involved in fetching the fuel,” Mr Okema said, adding that the officers are being investigated and will face the law.

He said the officers should have known the danger of being around the scene. He cautioned people to desist from crowing at accident scenes involving fuel trucks to prevent death

On June 29, 2013 a Toyota Noah car rammed into a moving fuel tanker resulting into a spillage of fuel on the road and down into a nearby papyrus swamp at Namungoona on the Northern Bypass in Kampala, leading to the death of  33 people.

Boda boda cyclists, passersby and area residents stormed the scene of the accident with jerrycans, saucepans and other equipment to scoop the fuel. Fire erupted shortly, trapping many of the siphoners in the swamp.

Many were burnt beyond recognition. The two cars involved in the accident and a second trailer which was behind the Noah station wagon were also burnt. Police reported 29 people died at the scene four more people died at Mulago hospital, bringing the total to 33 while 25 people remained hospitalised at Mulago, nursing injuries and burns. 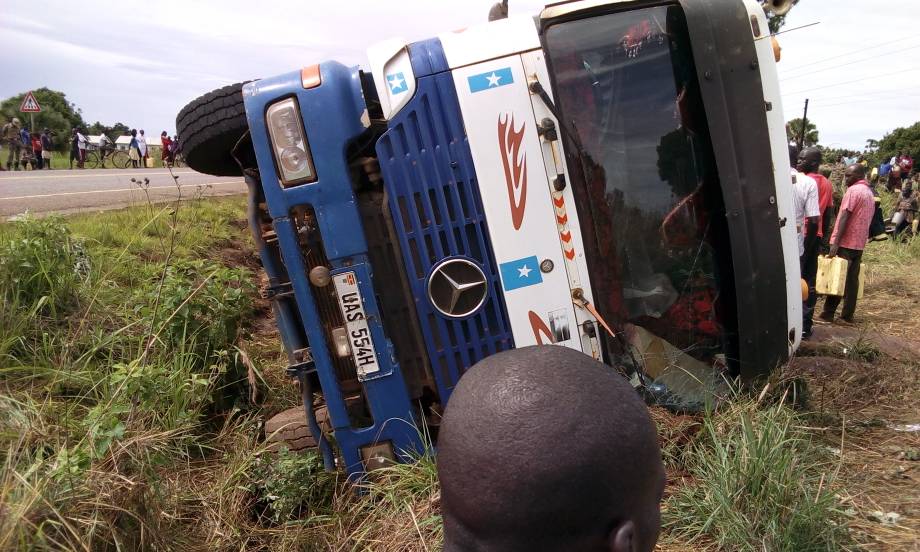