Kampala. President Museveni on Tuesday donated Shs500m to a savings and credit society started by Kampala Archbishop Cyprian Kizito Lwanga in what is seen as attempts by the head of state to reconcile with the prelate following tensions over State spying allegations.

Last week, President Museveni held talks with Archbishop Lwanga after the latter accused state operatives of spying on him. 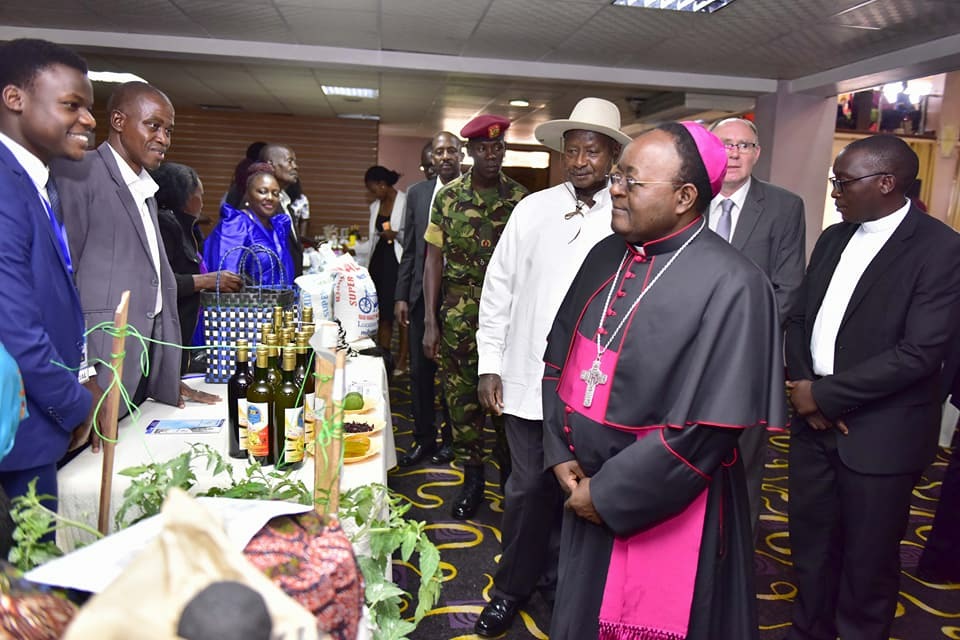 And on Tuesday, the President showed that he is determined to reconcile with the prelate as he donated Shs500 to WEKEMBE, a Sacco which Archbishop Lwanga founded while still serving in Mityana Diocese. The Sacco, with capital base of Shs4 billion, operates in Butambala, Kampala, Luweero, Mpigi, Mukono, Nakaseke, Buikwe and Wakiso districts.

Speaking as chief guest at the Sacco’s annual general day at Hotel Africana in Kampala, the President said the money will be available in the next financial year.

“Together with the Archbishop Lwanga we going to sit and see how to help the members but today after witnessing the good work. In July, I am going to put Shs500m in your Sacco,” Mr Museveni said. 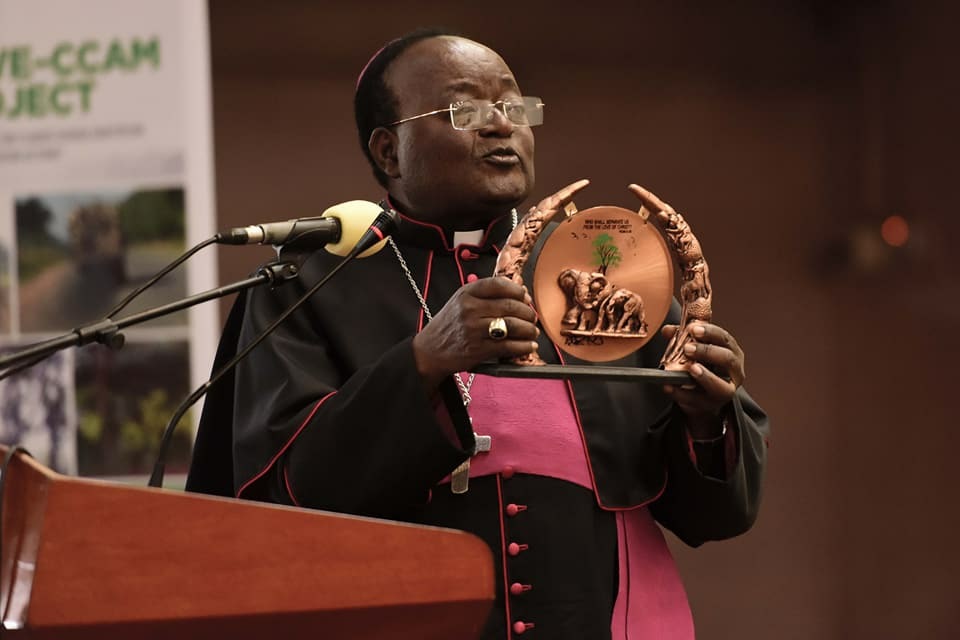 The archbishop thanked the President for the donation and promised to account for it.

He also accused media houses of escalating the alleged cobflcit between him and the State.
“Your excellency, I would like to ask you to add your voice and ask the media to stop telling lies.
Mr Museveni in response also accused media houses of causing confusion among the public.
“Some time ago, His grace was explaining something and he explained it very well. He said spies are good but he said they should be genuine spies not lairs and he came an explained to me….But the newspapers distorted it. I want to warn some of these newspapers that we here to build our country,” Mr Museveni said.

The managing director of the sacco, Ms Victoria Lukwago, said it has benefitted over 2,000 households organized in about 650 community based associations.

WEKEMBE stands for Women Empowerment with Knowledge Evangelization Management and Basic Entrepreneurial skills was founded to improve the quality of livelihoods.

President Museveni on April 9 met the Archbishop Lwanga in the wake of the revelations by the Catholic prelate that intelligence services were profiling him and recruiting his priests to spy on the Church.

The President and Archbishop Lwanga met at the Nakasero State Lodge in Kampala, Presidential Press Secretary Ms Lindah Nabusayi said, saying that the details of the meeting weren’t readily available.

While speaking at Old Kampala Secondary School playground on Good Friday, Archbishop Lwanga said someone told him that government had recruited church people to spy on him. He repeated the same fears during his Easter Sunday homily at Rubaga cathedral, where he indicated that a priest had died and in the aftermath of his funeral, state agents turned up to recover a gun they had given him.

On Good Friday, Lwanga in presence of all other Church leaders in Uganda, including the Anglican Archbishop Stanely Ntagali said:

“A few days ago, I got a telephone call… it was a private [number]; so, I didn’t know [who was calling] and this person had an accent from western Uganda and this is what he told me, ‘there are many lies being told to the President; that… they have recruited your priests, your sisters, your brothers even catechists and seminarians…and we give them a lot of money”. 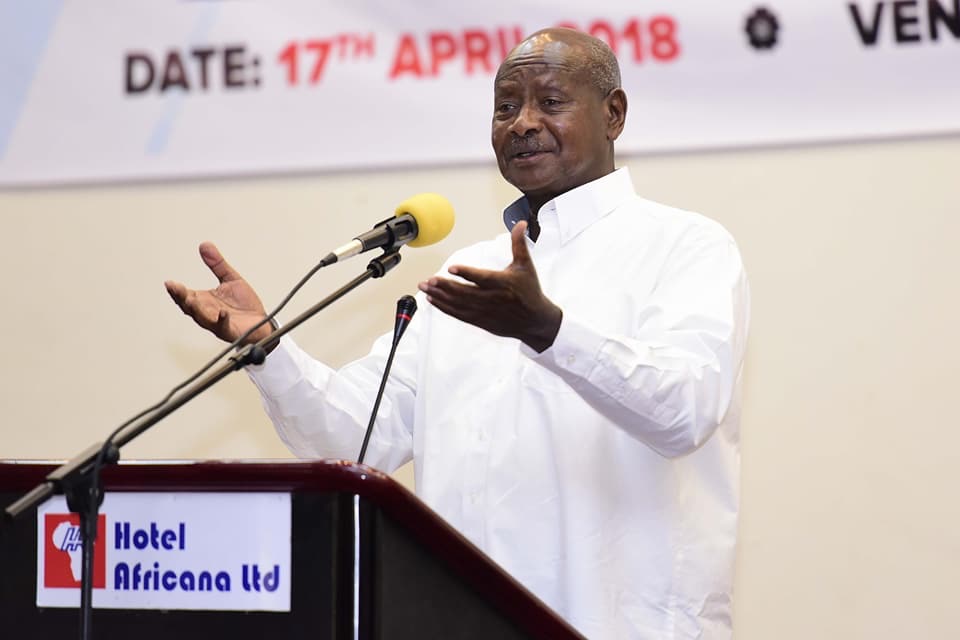 “Some of the clergy that have been recruited are giving wrong information; terrible, terrible, terrible messages…This is the humble message I have for His Excellency and the government; you are recruiting wrong people…some of them we have dismissed and the people with that record are some of those who are shining as saints before you, talking about Archbishop Ntagali, myself and others,” Lwanga said.
The caller reportedly warned Lwanga to be careful lest he becomes the next Janani Luwum; the former archbishop of the Church of Uganda. In the late 1970s, along with other churchmen, Luwum was accused of being an agent of former president Apollo Milton Obote and for committing treason.

On the orders of Amin, he was arrested, publicly humiliated, then murdered in cold blood alongside cabinet ministers Charles Oboth Ofumbi and Erinayo Wilson Oryema in February 1977.

Archbishop Lwanga said: “If God wants me to die that way, I will. But if I’m going to die because of wrong accusations; that is criminal.”