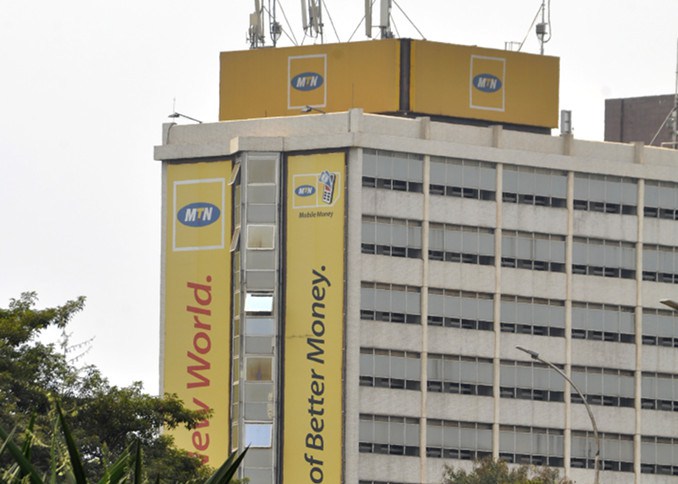 In a statement on Thursday, MTN Uganda said the staff who leaked the transaction details will face disciplinary action.

MTN said today it extensively investigated the leak internally “and found that some staff acted outside the established processes and procedures of handling customer information.”

“The errant staff have been handed over to the relevant authorities and are facing criminal prosecution for their individual actions,” read the statement.

MTN also apologised to Ms Bagyenda for the inconveniences, and assured the public that “all confidential customer information is handled and protected with the highest duty of care and integrity. 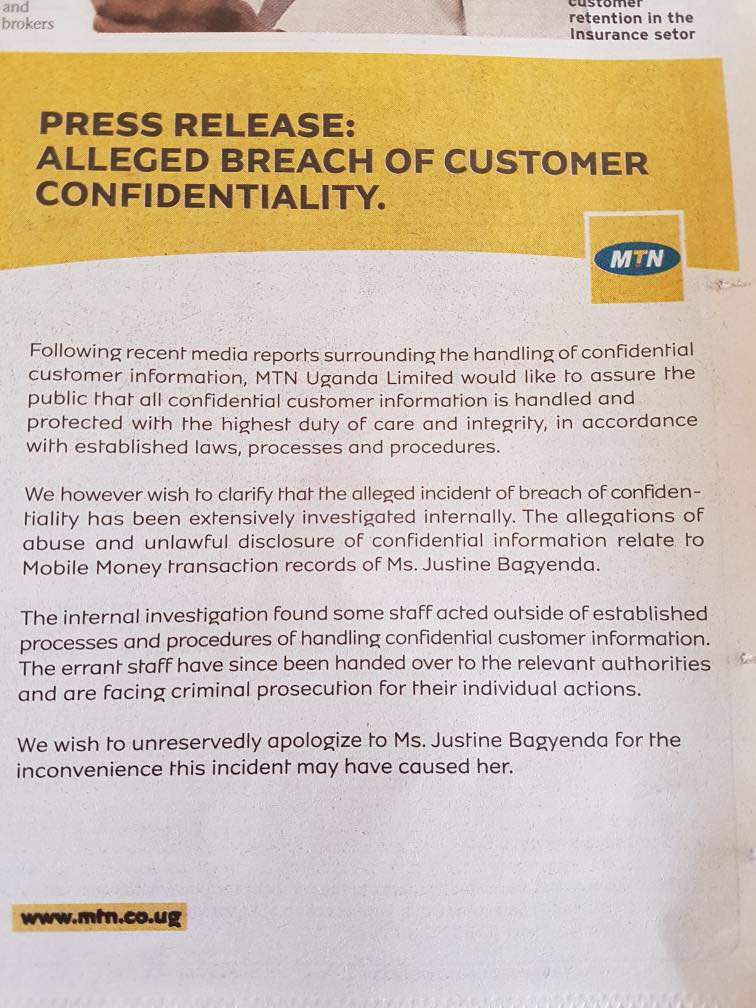 The leaked documents from MTN revealed that the under-fire former Executive Director in charge of Supervision at the central bank and her son-in-law made mobile money transactions on their numbers as deposits from another number. Much of the money didn’t last as it was immediately dispatched to other accounts.

RTGS is a system of payment made online from one bank to another and the payment goes through Bank of Uganda. It takes hours to make payment instructions to your banker instead of issuing cheques.

The embattled Bagyenda is already facing investigation by the Inspectorate of Government over suspicious of wealth accumulation.

Ms Bagyenda, who was deposed from her role as executive director of supervision at the Central Bank and placed on road to retirement, has refused to leave the Bank and has been appointed as advisor to the Governor.

She faces multiple investigations by the Inspector General of Government, the Uganda Revenue Authority and the Financial Intelligence Authority, after her bank transactions leaked in the wake of the fall out of the closure and sale of Crane Bank, owned by city business tycoon Sudhir Ruparelia.

The sale of Crane Bank has since backfired, with Ms Bagyenda and other officials involved facing spotlight for committing possible fraud.