Mandela family speaks out on cause of Winnie’s death

by AGENCIES
in NEWS
51
VIEWS
FacebookWhatsAppTwitter 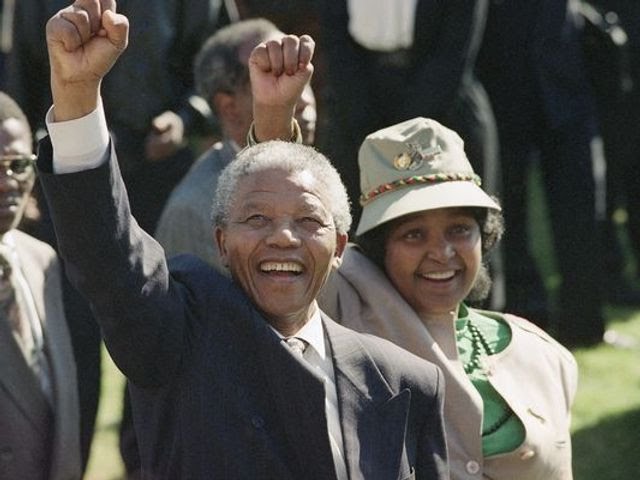 South African website Eyewitness News said Mandela had been ill for several years and had been hospitalized recently with kidney problems.

She was married to Nelson Mandela for 38 years, during 27 of which he was imprisoned by the minority-white apartheid regime. After her husband’s release in 1990 and ascendancy to the presidency of South Africa in 1994, the couple soon separated and divorced in 1996

The family has issued a statement explaining the cause if Ms Mandela’s death, saying she suffered a long illness.

Full statement from the family

This beautiful and powerful Icon of South African freedom Winnie Mandela, true to self till the end has gone on to the other end….

It is with profound sadness that we inform the public that Mrs Winnie Madikizela-Mandela passed away at the Netcare Milpark Hospital, Johannesburg, South Africa on Monday the 2nd of April 2018.

She died after a long illness, for which she had been in and out of hospital since the start of the year. She succumbed peacefully in the early hours of Monday afternoon surrounded by her family and loved ones.

Mrs Madikizela-Mandela was one of the greatest icons of the struggle against Apartheid. She fought valiantly against the Apartheid state and sacrificed her life for the freedom of the country. Her activism and resistance to Apartheid landed her in jail on numerous occasions, eventually causing her banishment to the small town of Brandfort in the then Orange Free State.

She kept the memory of her imprisoned husband Nelson Mandela alive during his years on Robben Island and helped give the Struggle for justice in South Africa one its most recognisable faces. She dedicated most of her adult life to the cause of the people and for this was known far and wide as the Mother Of The Nation.

The Mandela family are deeply grateful for the gift of her life and even as our hearts break at her passing, we urge all those who loved her to celebrate this most remarkable woman.

The family will release details of the memorial and funeral services once these have been finalised.