LONDON-The global malaria community has committed itself to make a game-changing commitment to halve malaria across the Commonwealth within the next five years.

This would prevent 350 million cases of malaria and save 650,000 lives, predominately children and pregnant women who are most at risk.

The Malaria Summit, London 18 April saw 14 Heads of State and Government, Bill Gates, scientists and private sector and international organisations making significant commitments that will catalyse progress towards beating malaria at a time when efforts to end the preventable disease have stalled.

High level political commitments to beat malaria were made by Heads and State and Government, and Ministers from 19 Commonwealth Countries.

According to Commonwealth Heads of Government Meeting Malaria Summit in London report dated 19 April, the commitments exceeded expectations by £200m and that the Summit featured collective commitments worth over £2.9bn ($4.1bn) from governments, the private sector, philanthropists and International Organisations.

Rt Hon Theresa May, the Prime Minister of the United Kingdom, co-hosts of the Malaria Summit said Africa’s stake in malaria is very high, accounting for 90% of malaria cases and 91% of malaria deaths.

“The UK is a proud leader in the fight against malaria, which has seen deaths cut by 60% and saved 7 million lives since 2000, we have made a major contribution to that progress, including investing £500m each year over the next three years, developing new drugs and technologies and making life-saving solutions available to millions at risk from malaria,” said Ms May.

“But the job is not yet done, today there are millions still at risk, economies held back and a child’s life needlessly taken every 2 minutes from this disease and this is why I am championing a new Commonwealth commitment to halve malaria across member countries by 2023,” she added.

She explained that UK, working in partnership across the Commonwealth and beyond, is committing to sustaining its leadership and investment in tackling malaria.

“We will support and incentivise others to invest in what is needed, from cutting edge research to ensuring access to malaria treatment and prevention for those most at risk,” added Ms May.

President Museveni while addressing the summit said Uganda has some of the highest reported malaria transmission intensities in the world and that the clinically diagnosed malaria is the leading cause of ill health and deaths, accounting for 30-50% of outpatient visits at health facilities, 15-20% of all hospital admissions, and up to 20% of all hospital deaths.

“And close to 27% of inpatient deaths among children less than five years of age in Uganda are due to malaria and the disease is endemic in approximately 95% of the country, affecting over 90% of the population,” said President Museveni.

He explained that despite this natural setback of being in a climate suitable for malaria transmission, the government is committed to moving Uganda to a malaria elimination status by 2030.

He revealed that government has set up a malaria control Program that is charged with providing quality assured services for Malaria prevention and treatment for all the people in Uganda.

President Museveni said we would establish a Presidential Malaria Fund Uganda (PMFU) where dedicated resources from government, partners, private enterprises and well-wishers will be mobilized, managed and coordinated.

He promised to also ensure a multi-sectoral approach in addressing malaria through the engagement of all relevant government ministries, departments, agencies and the private sector.

“I have already committed to support government parish chiefs to supervise and ensure appropriate use of all malaria interventions, I commit to ensure that 15,000 Community Health Extension Workers (CHEWS) are recruited and facilitated  to promote equitable access to early treatment and prevention services for all households,” said President Museveni.

Mr James Whiting, the Executive Director of Malaria No More UK who are the Summit organisers, said it was exciting to see the UK and the Commonwealth stepping up the fight against malaria.

He said the coming together of governments, the private sector, philanthropists and NGOs demonstrates the determination to beat malaria and urged stakeholders to collectively renew public interest and political investment in malaria elimination and research.

“Today, we should begin to write the final chapter in the history of this old disease called malaria, we have no option but to raise the hopes and expectations of our people. We must not let them down. We cannot afford to let them down,” said Mr Whiting.

Several reports presented at the global malaria agenda indicate that malaria fight is experiencing some stagnation of public and political will and momentum.

“Consequently, there is a need for a comprehensive, global advocacy effort to contribute to new and expanded malaria funding, programs, and technology,” added Mr Whiting. 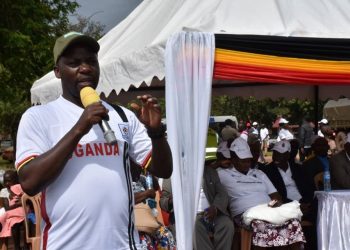 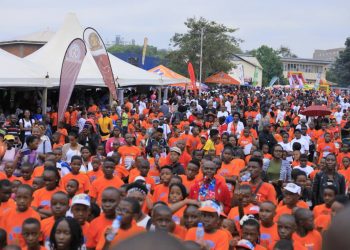 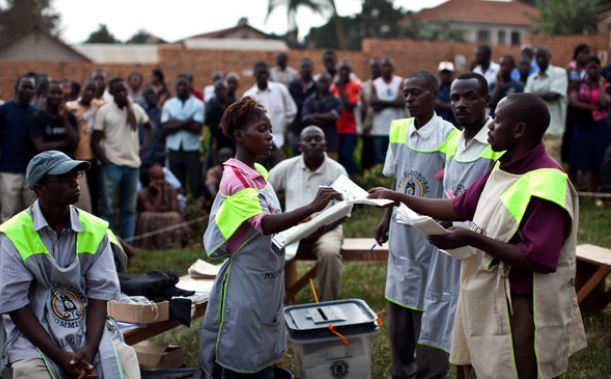