Mr Tamale handed in his resignation letter to the director human resource Makerere University on Friday.

The university bursar is the manager of transactions in the university and his office is responsible for maintaining all financial records in the departments and a proper accounting system, making his office the fourth highest in the hierarchy of university management.

In a letter dated April 20, 2018, addressed to Mr Andrew Abuyang, the director human resource Makerere University, Mr Tamale gave a two months notice, indicating he would hand over on June 29.

“My resignation is due to personal terms,” he indicated in the letter to the university.

Sources within the university mainly from the Makerere University staff association – Muasa claim that his resignation may be a result of the intense pressure from “big chiefs” in the main building.

Mr Tamale has held the position since 2013 after the resignation of Mr Joshua Karamagi who also resigned on personal terms.

Makerere University is in spotlight over many scandals ranging from financial mismanagement to sex for favours among teaching staff.

Others issues include “draconian polices” of unjustified tuition increment, abolition of meals from halls of residents and scrapping of evening classes. 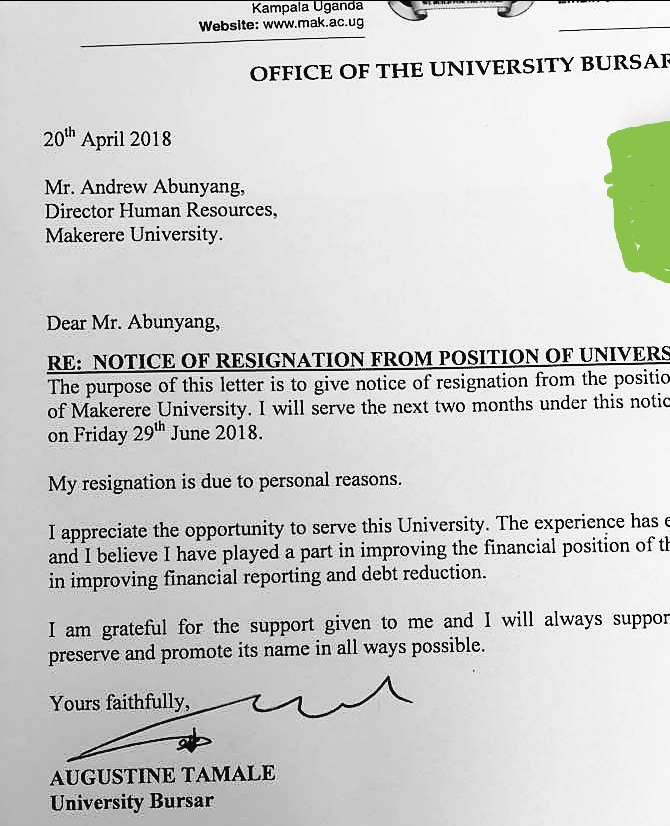