Government on Thursday April 26,  tabled new proposals to the Tax Bills in a bid to lower the proposed Excise Duty on Over the Top Media Services (OTT) from Shs200 to Shs100 per day.

If carried, those who access and use OTT services, including WhatsApp platforms and Facebook video calls will pay Shs100 per day.

The proposals, contained in a document submitted before Parliament’s Committee on Finance by the State Minister for Finance, David Bahati come as an amendment to the tax proposals presented earlier this month. Bahati also introduced new changes meant to lower tax on confectionaries and soft drinks.

“We propose to make a corrigendum [correction] to the Tax Amendment Bills 2018 to reduce Excise Duty on soft drinks from 13 per cent or Shs240 per litre to 12 per cent or Shs200,” said Bahati.

Committee chairperson Henry Musasizi (NRM, Rubanda West) emphasised that government should have adopted their proposal to bring the tax on soft drinks to 10 per cent.

“Since you recognize that there is need to lower the taxes, why don’t you bring it to 10 per cent in accordance with the Committee recommendation made in the last financial year Musasizi asked.

Bahati, however, said any abrupt reduction to 10 per cent would cost government a loss of up to Shs28 billion in taxes, saying it better be brought down by one percentage point every financial year. He said the move is intended to “enhance competitiveness of locally made soft drinks”.

He said the proposal to remove Excise Duty on confectionaries, will  discourage smuggling of the same from neighboring countries which incentivize the products.
Prospective investors are to gain from the proposal as it seeks to reduce the threshold for capital requirement on strategic investment by half to “encourage many investors qualify for investing and operating industrial parks and strategic projects”, Bahati said.

“It [tax exemptions] should come under the Investment Code Amendment Bill  the criteria must be clear. This country is lacking strategic investors because we have not incentivized them,” said Lugoloobi.

He maintained that the policy is subject to abuse if officials are left with the discretion to determine who qualifies for the exemptions, the reason he wants a specific law to specify the requirements.

The Speaker of Parliament,Rebecca Kadaga has asked parliaments to provide funds as an incentive to minorities to compete for leadership positions.

Kadaga, speaking during the 12th Summit of Women Speakers in San Benito, the capital of Bolivia in South America, said parliaments should make it a requirement for political parties to identify their cadres who belong to social minorities, and finance their involvement in national leadership for inclusivity.

“Political Parties can better attract membership of diversity by including in their manifesto specific programmes that would facilitate the recognition and placement of the populations including giving them leadership positions,” said Kadaga, adding:“This requires commitment and dedication; it might even involve supporting the candidates financially to enable them to vie for the offices.   As leaders of the democratic institutions, it is important that we create an enabling environment for the funding of the political parties,” she added.

The Summit, which was opened by Bolivian President Evo Morales, is themed on diagnosing women under-representation, inclusive societies and parliaments and finding solutions to political violence among others.
Kadaga said parliaments should take steps to establish whether the indigenous populations are visible and included in the development programmes.

She called for affirmative action in favor of the minorities for a more inclusive society.

She further commended the Bolivians upon achieving gender parity in their Parliament and across the political spectrum, and urged other member states to embrace the same.

Parliament last week voted for a forensic audit on the Leaners’ Project under the National Identification and Registration Authority (NIRA).

The project that was spearheaded by the Ministries of Internal Affairs and Education and Sport is aimed at registering 10 million learners in primary and secondary levels aged between five and 16 years across the country. The project was expected to run from 29 May to 30 August 2017.

Parliament’s Committee on Defence and Internal Affairs investigated the project and noted that there were various shortcomings that requiredb the Auditor General to conduct a forensic audit on the entire learners’ project. The Committee in its Report presented to Parliament in March, also recommended that the entire exercise be redesigned.

Committee member Joseph Sewungu (DP, Kalungu) noted that this exercise was irregular because there was poor public sensitisation.

“NIRA did not involve the stakeholders, they were not sensitised and publicity was poor. Even simply using the registries at school would have helped them expedite this exercise and all students would have been registered,” he said.

State minister for Internal Affairs, Hon. Obiga Kania (NRM, Terego) agreed with some of the findings but told Parliament the Committee’s investigation was done before the project had fully taken off.

“The Committee made an early visit but it was in the Central region only. The project was anticipated to start in May but due to some technicalities the it started in August, yet the Committee had already made their findings in June,” he said.

On Thursday April 28, members of the Civil Society Budget Advocacy Group and Civil Society Coalition on Oil and Gas had an interaction with the Natural Resources Committee, where they recommended increased funding to the energy and environment sectors for the 2018/19 financial year, so as to address some of the financing gaps therein.

The energy sector received funding of shs1.8 trillion in 2017/18, which has gone down to Shs1.6 trillion in 2018/19. The CSOs suggested that Shs6 trillion was required to enable the Ministry of Water and Environment achieve the NDP II and Vision 2040 targets, whose budget is at Shs1.2 trillion for the 2018/19 FY.

Siragi Magara, from the Civil Society Coalition on Oil and Gas (CSCO), noted that over reliance on external financing for development as well as low investment in renewable energy were limiting the energy sector’s potential growth.

“Exciting as these investments may be, the government of Uganda stands a high risk of the projects coming to a halt if external funding is delayed or cut off,” Siragi said.

He suggested project sequencing so as to minimize the external financing burden at a given time, and reduce the risk of increasing the debt burden to infrastructure expenditure.

Rwampara County MP Hon. Charles Ngabirano asked the CSO representatives to suggest ways in which Ugandans would contribute to the resource envelope, so as to reduce the country’s dependence on external financing.

The reports from the civil society organizations suggested the need to secure services of the private sector and promote local content, in a bid to reduce reliance on external funding. 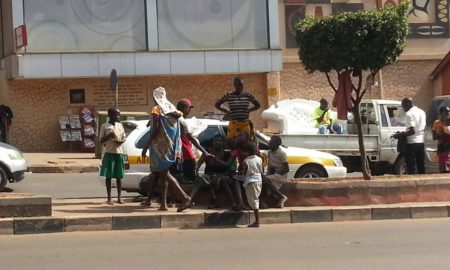 Oulanyah asks MPs to address cause of children on the streets

The Deputy Speaker of Parliament, Jacob Oulanyah on Thursday tasked legislators and civil society to focus on what pushes children to the streets if they are to solve the problem.

Oulanyah was speaking at breakfast meeting on street children between Members of Parliament and civil society organisations held at Parliament Building.

“The issue here is children moving to urban centres from villages and these are divided into those who do it by themselves and those who are deceived and persuaded into it,” he said, adding: “With proper study of these aspects we can devise a solution.”

“Let us deal with the problem from the source because involving the Police, bus operators and the Transport Licensing Board or even chasing the children off the street does not help,” he said.

He further noted that the problem of street children should be handled from a policy perspective, budgetary allocations and crafting laws to cater to the problem.

Parliament’s Budget Committee chairperson Amos Lugoloobi on Friday April 27 held a live interactive chat session at Parliament, where he explained the Budget process where he informed the public that before the Budget approval,  tax measures are proposed and tabled before Parliament.

This he said explains the recent tax Bills such as the proposed  tax on Saving and Credit Societies (SACCOS), mobile money and social media.

He argued that the current debt rate standing at Shs34.4 trillion is a serious concern that calls on the need to rethink how to boost the country’s  revenue base to reduce dependence on debts.

Lugoolobi said about 22 million Ugandans use mobile phones and therefore it would be unwise not to tap into this area.

He however, urged government to go slow on the proposal to ban importation of vehicles older than eight years. He said Ugandans should be given not less than five years of sensitisation to be aware of the new policy.