The affected students have appealed to the university disciplinary committee for a review of their decision alleging that they were caught coupling in dark corners at the campus, contrary to university regulations.

A section of the public has also criticized the institution’s decision saying that students at university are above 18 years therefore free to engage in the sexual affairs.

However, Ms Rehema Kantono, the University’s public Relations Officer said the university understands people’s concern but the decision was based on the rules students signed while joining the Islamic institution.

“We therefore urge the public to understand the circumstances under which such decisions were made, because this is done to maintain the moral values that IUIU stands for,” she said.

She also clarified on the number of the disciplinary committee handled.

“We fully understand people’s concerns but we would wish to inform you that the university only handled 23 disciplinary cases in the disciplinary committee meeting that sat on 13th April 2018; out of which: 10 were recommended for expulsion, 6 cases recommended for 1 dead year each, while 7 cases were served with warning letters and asked to write apology letters. Out of the ten expulsion cases, only two were final year students” she asserted.

Students were charged with cases ranging from sexual activities on campus, theft, consumption of alcohol and pregnancy outside marriage; which are punishable by discontinuation according to the University policies. 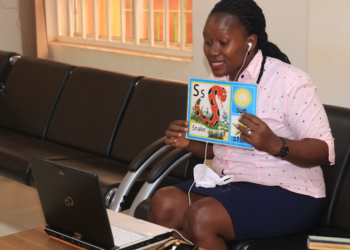