by OUR REPORTER | PML Daily
in NEWS, Regional
10
VIEWS
FacebookWhatsAppTwitter

With a population estimated to be over 1,110,000 people; predominantly rural, and covering over 25,797.7 square kilometers, the heavy downpour left several properties wrecked and business paralyzed in the county. Many are calling for support. Public service vehicles plying Mandera, Wajir, Garissa and parts of Tana River routes were seen  stuck in muddy sections of the roads.

Northeastern counties of Marsabit, Mandera, Wajir, Garissa and Isiolo are expected to experience enhanced morning rains and afternoon showers in the next two days, with temperatures between 16 degrees Celsius and 32 degrees Celsius, which is low for the region known for high temperatures.

Kisii, Nyamira, Kericho, Trans Nzoia and counties lying on the west of the Rift Valley are also expected to receive heavy rainfall on a number of days.

Counties in the Lake Victoria Basin such as Siaya, Kisumu, Homa Bay and Migori are expected to experience rain in the morning, giving way to showers and thunderstorms over several places in the afternoon for the next two days.

The same weather pattern is expected to be experienced in Baringo, Uasin Gishu, Elgeyo-Marakwet, Nandi, Laikipia, Nakuru, Narok, Kajiado, Kericho, Bomet, Kakamega, Vihiga, Bungoma and Busia for the entirety of the forecast period.

Anxiety in Kenyan Parliament as six MPs admitted to city hospitals with coronavirus, some put in ICUs 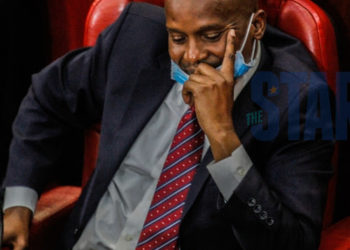