On Thursday March 1, Cheeye died after a boda boda cyclist knocked him as he crossed Jinja Road in Nakawa.

Cheeye had spent one year out of Luzira Prison, where he had spent eight years over corruption related cases.

Different speakers at the Requiem Mass at Our Lady Church Mbuya, called on government to launch investigations into the death of the former Internal Security Organisation director of economic monitoring.

The former Leader of Opposition in Parliament Philip Wafula Oguttu, was among the mourners present at the Requiem Mass who said they were not convinced that the motorcycle hit his long-time friend, Cheeye.

“He survived being many things which would have taken his life. I highly doubt that the motorcycle hit him,” Mr Wafula told fellow mourners.

This is the same message Andrew Mwenda, the managing director of the Independent Magazine aired yesterday during a political talk show on KFM, a local radio station.

However, Kampala Metropolitan Police commander Frank Mwesigwa on Thursday evening rubbished this talk saying the police were looking for the boda boda rider who caused the death of the veteran journalist. “We have embarked on hunting for the boda boda cyclist who knocked him. We have involved cyclists operating at Nakawa stage to help us to get him,” Mwesigwa said on Thursday.

At the Requiem Mass, which started at 11am and ended at 1pm, Rev Fr Paulino Mondo, in his sermon said Cheeye contributed a lot to revolutionary journalism in Uganda.

“I was inspired by the late Cheeye to write articles, when I was in seminary. Indeed, he was brilliant journalist, who never feared to speak his mind,” Fr Mondo said.

Mr Wafula also said Cheeye introduced courageous journalism and he was a committed person. “If he was corrupt like some journalists who sell stories, Cheeye would have been rich,” he said.

Speaking to the mourners, Wafula revealed that Cheeye, was one of those who started The Monitor newspaper. The meetings, according to Wafula, to plan how to start Monitor Publications, were convened in Cheeye’s office.

Wafula said Cheeye later joined the NRM Government, to serve as the head of economic monitoring in ISO, a move they advised him against. “He was excited about the job but I told him the system was rotten, therefore he should not join it. He never listened to me,” Wafula told mourners.

Fr Mondo, advised Ugandans to learn to respect the lives of other people, citing the murder of Susan Magara, who was kidnapped and killed after her family had paid a ransom of more than Shs700m.

The absence of fellow veteran journalists at the Requiem Mass, angered Fr Mondo, who reminded mourners that everyone is a candidate of prison, adding that they are built for human beings not animals.

“Journalists shouldn’t run away from colleagues, when they are facing problems. Life is not about fearing the problem, but how to overcome it,” he advised.

To his family, Mzee, as his children and wife refered to him, was a great man. At the time of his death, according to Arnold Cheeye, his father had mentored very many people.

He added that unlike men of his age, who are struggling physically and mentally, his father’s health was okay.

Annet Cheeye, in her speech, said her husband on Valentine’s Day, gave her a card with 1001 reasons, why he loved her.

“He read the reasons out loud. He was such loving husband. We had come a long way. I met him in 1986, when he was young, energetic and good looking man,” she said.

Cheeye’s body will be laid to rest today, Sunday March 4, at 2pm in Luweero District. 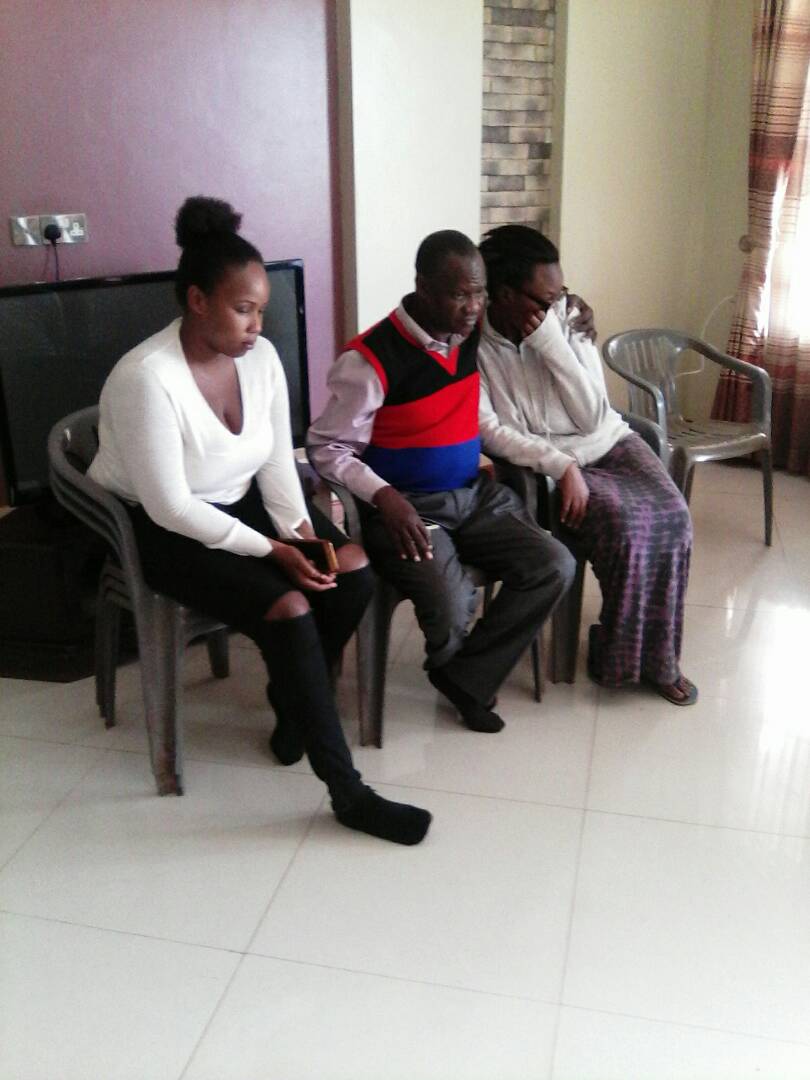