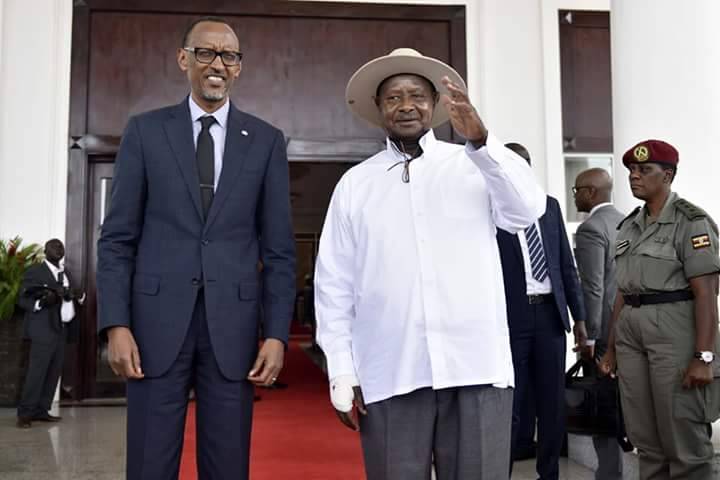 President Museveni and Rwanda counterpart Paul Kagame have blamed the recent tensions between the two countries on lack of information sharing and cooperation among their intelligence chiefs.

Addressing a joint media briefing shortly after holding talks at State House Entebbe on Sunday, the two leaders emphasized that the reported breakdown in diplomatic relations between their countries is misconstrued and pledged to strengthen cooperation.

“There’s no fundamental conflict between Rwanda and Uganda, we don’t even have a border problem like that of Kenya. We discussed that issue (on Rwandan citizens being harassed) and the solution is close cooperation,” President Museveni said.

President Kagame said: “There are so many things said out of context; we have agreed to have institutions on both sides (Uganda and Rwanda) work together to go deep down into the matter and get the right information.”

The talks come on the backdrop of strained relations between the two countries largely prompted by accusations from Kigali that its citizens were being kidnapped, detained and prosecuted by Kampala security officials. Late last year, Kigali wrote a protest note to Kampala, questioning the Uganda authorities’ decision to arrest some of its citizens, including Rene Rutangugira, Gisele Gatsinzi and James Bayingana.

But at the Sunday media briefing, the two leaders pledged to share information on any matters affecting their citizens.

Mr Museveni also accused his officials of not working with their Rwanda counterparts on amicably resolving some issues.

“You find a minister finds it very difficult to telephone another minister in Rwanda. I think we need a course in telephoning,” he said.

Mr Kagame said: “It is always a pleasure for me to visit Uganda. Every time we meet is an opportunity to strengthen our friendship, fraternity and its our people going to benefit on what we can do together.”

The two leaders also emphasized that they need each other to development.

“The interests are clear, there are things Rwanda produces that we need here. For example, we have a huge iron ore mine in Kabale but in order to remove oxygen from iron ore, you need gas. Rwanda has got gas and we have iron ore, why then should we import it from Singapore? The ministry of planning in Uganda should develop a project with Rwanda to see how we can work together on producing our own iron,” he said. 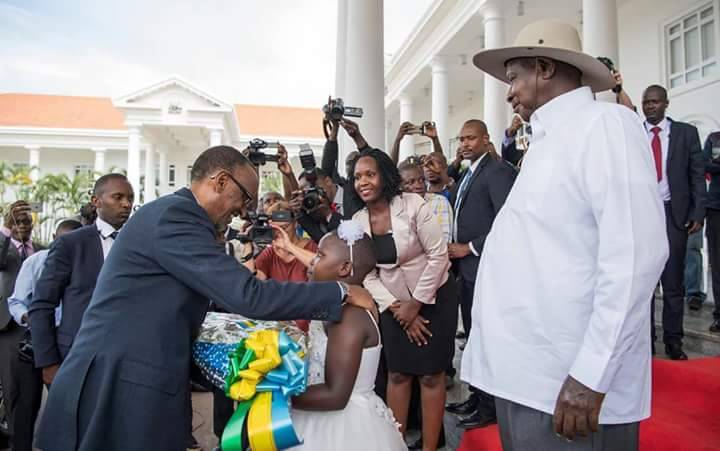 A joint statement issued by ministers Kuteesa and Mushikiwabo noted the two heads of state observed that the Joint Permanent Commission (JPC) between the two countries provides a good mechanism for discussing matters of mutual interest and strengthening cooperation. They, therefore, directed their ministers responsible for Foreign Affairs to convene the next JPC within three months.

The statement also noted that President Museveni congratulated President Kagame on the successful hosting of the historic African Union Extra Ordinary Summit in Kigali on March 21, during which the agreement establishing the African Continental Free Trade Area as well as the Protocol on Free Movement of Persons were signed.

The two leaders reiterated their commitment to the economic integration of Africa, accelerating industrialisation, development of regional and continental infrastructure to improve the livelihoods of the peoples of Africa.

Mr Museveni thanked Mr Kagame for honouring his invitation and for the fruitful discussions they held.