The Electoral Commission (EC) has warned candidates in the Jinja East parliamentary by-election against violence ahead of Thursday’s voting day.

EC chairman Simon Byabakama told journalists in Jinja Town on Wednesday that he had received reports that supporters of some candidates were planning to disrupt the voting exercise.

Justice Byabakama said this would lead to disqualification. He added that they are ready for the voting exercise

The remarks came after 48 supporters of the FDC flag bearer Paul Mwiru were on Tuesday night detained for allegedly plan to incite violence.

“After last evening’s (Tuesday) campaigns, three yellow buses were attacked along Main Street by unknown people and stoned, shattering their glasses. We then received an eyewitness account and traced the suspects to NaFRI where they were arrested and are being detained in several gazzetted police stations across Jinja,” she said.

However, FDC leaders denied the allegations that their supporters were causing havoc.

According to the former FDC president, Maj Gen Mugisha Muntu, who is camped in Jinja, the act is a way of intimidating their supporters and denied any form of violence.

According to Gen Muntu, police came to the National Fisheries Research Institute (NaFRI) in Rippon Village in Jinja Municipality where FDC supporters had camped after Mwiru’s last campaign rally at Busoga Square and said they wanted speak to two of their officials, only for several officers to enter and start arresting the supporters.

Some supporters also narrated the events to PML Daily.

“When I returned from the rally, I passed by our offices and found a police patrol van at the gate. Atop the car were stick-welding youth who immediately descended from the car and started beating people,” said Yunus Kimera.

She said the police and army have beefed up security in the constituency.

“This deployment is expected to continue throughout the polling day until the winner is announced. We appeal to people not to break the law because those planning to do so will be arrested,” she said.

Meanwhile, voting materials arrived on Wednesday. Justice Byabakama said they are ready for the voting exercise and that voting materials will be dispatched to various polling stations between 4am and 4.30am on Thursday.

However, the tight contest is between NRM’s Nabeta and FDC’s Mwiru. The seat fell vacant after the Court of Appeal nullified Nabeta’s victory and ordered fresh elections. 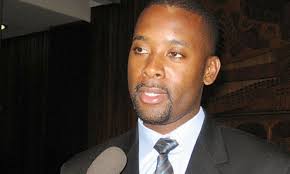 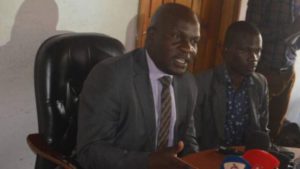