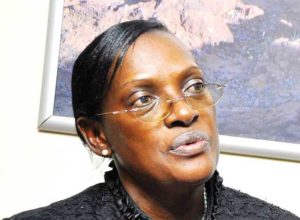 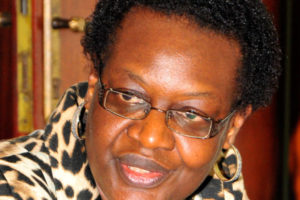 KAMPALA – The underfire former director of Supervision at Bank of Uganda Justine Bagyenda was on Wednesday grilled for more than six hours by officials of the Inspector General of Government. The latest action by the IGG followed exposure of Ms Bagyenda’s bank statements in the media that has caused outrage with MPs demanding an inquiry into the matter .

Ms Bagyenda has been a subject of public debate in the last two months after she was axed as head of the powerful supervision docket at the Central Bank and sent into early retirement amid leaks of her questionable bank transactions. She rejected early retirement and has been appointed advisor to the Governor.

A whistle-blower had then implored the IGG to investigate the scandal.

Justice Irene Mulyagonja earlier this week summoned Bagyenda to respond to the allegations by the whistle-blower and she was on Wednesday questioned for more than six hours, eyewitnesses told PML Daily.

The beleaguered ex-BOU director reportedly arrived at the IGG’s office at 10 am, and was grilled until after 4pm.

Eye witnesses said Ms Bagyenda was charged with serious offences of breaching the leadership code for non-disclosure of rent returns from properties she owns reportedly through proxies.

The IGG Lady Justice  Mulyagonja could not be reached by press time but an official close to the investigations indicated that Ms Bagyenda had breaced the Leadership Code for non-disclosure and will return for more grilling next week. It’s not clear whether she will be charged for the offence.

Calling for the arrest of Ms Bagyenda, Mafabi says the banks have been working with her to launder money on her accounts.

Barclays Bank on Monday apologised to Ms Bagyenda for exposing her accounts details in the media.

According to leaked documents, Ms Bagyenda owns account number 5106903903 in Diamond Trust Bank described as ‘low start savings account’ which as of December 01, 2017, had a total of Shs11.4 billion.

Going by that figure, Ms Bagyenda is richer than her former boss Dr Emmanuel Tumusiime Mutebile, who is the highest paid salary earner in Uganda.

Dr Mutebile, the central bank governor earns Shs53.3 million per month. According to statements available, Bagyenda has been banking Shs66.6m per week, making it Shs266m per month between 2013 and 2018