The Financial Intelligence Authority (FIA) has joined the Inspectorate of Government and Uganda Revenue Authority to investigate the wealth of Justine Bagyenda, the former director in charge of supervision at Bank of Uganda.

A whistle blower recently petitioned FIA demanding that Bagyenda should be investigated over her nearly-obscene amounts of money in her accounts.

FIA, is compiling the information about Bagyenda and her alleged wealth, which Asubo said will be shared with other agencies like IGG and the Police.

FIA is a government agency, established in 2014 by Act of Parliament to monitor, investigate and prevent money laundering in Uganda.

Last week, IGG Irene Mulyagonja quizzed Bagyenda over her alleged wealth which it is reported, she accumulated in the last six years, as director in charge of supervision.

Unconfirmed reports indicate the FIA met Bagyenda last week. IGG’s  spokesperson Ali Munira said if Bagyenda is found guilty, she will lose her property and will be barred from holding office, according to the Leadership Code. 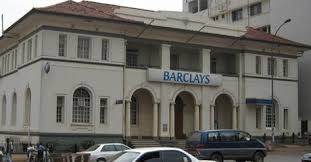 Barclays Bank Uganda and Diamond Trust Bank last week apologized to Bagyenda for exposing her accounts details in the media.

It was reported that Bagyenda had Shs19billion on three different accounts, which sparked a public debate on how she accumulated such amount of money, according to sources within six years.

BoU auditors were further shocked on learning that Bagyenda operates both Shillings and Dollar accounts in Diamond Trust Bank, Centenary and Barclays  banks on which she is statching away the billions, although  how she accumulated all this money has remained subject to lots of queries.

Barclays Bank Ltd said in a press release that disciplinary action is being taken against the employee responsible for unauthorised access to Bagyenda accounts in line with the law and the policies.

Sources say the two banks will be fined for failing to report transactions on Ms Bagyenda’s accounts as regulations stipulate.