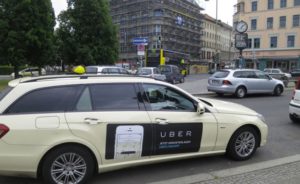 An Egyptian court has banned ride hailing apps Uber and Careem, according to AFP news agency.

The court has accepted a petition asking the government to stop licensing Uber and Careem activities in Egypt, AFP explains.

Taxi drivers had complained that the drivers for both services did not need to pay the hefty fees to operate transportation vehicles.

The news agency adds that Egyptians who complained about taxi drivers refusing to turn on their meters or their air conditioning had switched to the ride sharing apps.