Hassan Male Mabirizi Kiwanuka, one of three petitioners in the Age-limit case has asked  one of the five judges that were recently picked to sit on the panel that will hear the petition to disqualify herself.

Mabirizi on Wednesday penned a letter to Justice Musoke claiming that the lady justice is not in position to give a fair verdict because she has personal interests in the case.

The letter, a copy of which PML Daily has seen, was received by Justice Musoke’s chambers, stating that Justice Musoke has a child with the Deputy Attorney General Mwesigwa Rukuntana, who is the lead counsel defending government in the said petition.

Mabirizi states in the letter that Justice Musoke also has two other children with the Minister in-charge of General duties in the Office of the Prime Minister, Hillary Onek who supported the Age-limit  Bill in Parliament by voting YES.

Male Mabirizi  contends that Justice Musoke is likely to be taking instructions from the two  fathers of her children who are in very  influential positions  as regards to the age -limit petition and therefore  she cannot make an independent ruling .

Justice Musoke was on Monday named to sit on a panel of five judges led by the Deputy Chief Justice Alphonse Owiny –Dollo, who will hear the petition challenging the leagality of the removal of presidential age limit. The other judges to sit on the bench at the court in Mbale are Justice Remmy Kasule , Justice Kenneth Kakuru and Justice Cheborion Barishaki. 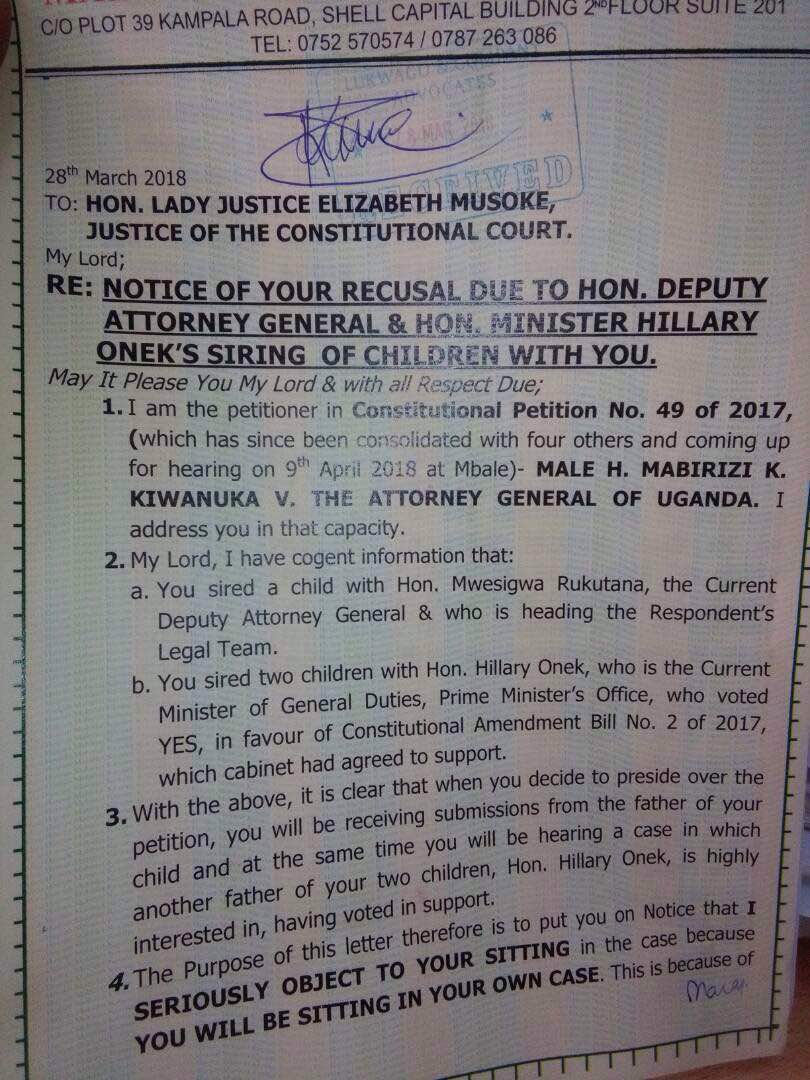