Following a High Court order this afternoon to Security minister Henry Tumukunde and the Director General of the Internal Security Organisation(ISO) Kaka Bagyenda, to produce missing  New Vision journalist Charles Etukuri in court dead or alive by Midday on February 26, the security reporter has been freed.

In a tweet on their handle, New Vision  announced the release of Etukuri minutes after the court ruling. “Vision Group journalist @EtukuriCharles who was abducted has been released,” the tweet read.

Justice Lydia Mugambe issued the production order after  New Vision lawyer Tonny Kirabira compelled court to act ex-parte since no one from the Attorney General’s office showed up to represent either minister Tumukunde or the ISO director general despite proof of service of hearing notices.

According to the order, the duo had been directed to either unconditionally release Etukuri or produce him in court.

Mr Kirabira told court that it had been established that Etukuri was being held by ISO. 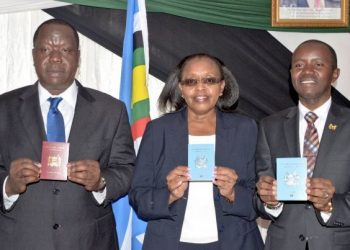