The management of Top Radio is under pressure from the police to provide recordings pinning its presenter Richard Kasule, popularly known as Omuggaga Kamagu.

The Kampala-based radio station’s manager Dunstan Busuulwa told PML Daily at Wandegeya Police Station, where Kamagu is being detained, that the police ordered him to produce the recordings of Kamagu’s programme.

“I have been told that I would be arrested for refusing to provide them with the recordings,”  Busuulwa revealed.

According to Busuulwa, the police told him that he has failed to cooperate with them in doing their work.

Police spokesperson Emilian Kayima on Monday, February 19, told journalists that they have the recordings which they would play back to Kamagu so that he knows how he misbehaves.

On Monday morning, police arrested Kamagu shortly after he had gone off air.

Eyewitnesses told PML Daily that a police patrol pick-up parked near the station, for two hours waiting for Kasule to end his show. As soon as Kamagu got out of the station, two policemen grabbed him and forced him onto the waiting truck, before it sped off towards Kampala.

By yesterday evening, the police, according to sources had completed interrogating Kamagu.

Though Kayima said he was arrested over irresponsible talk, some sources within the police revealed to us that the Force is caught between rock and hard place.

“We had wanted to charge him with publication of false news, but it was scrapped off from the Penal Code,” the source said.

Though it’s not clear the offence Kamagu committed, it is alleged that he made statements an\bout regional imbalance on his show.

Kamagu is the second journalist to be arrested by the security agents this month. Last week, Vision Group Investigative journalist Charles Etukuri was abducted outside the company premises.

Etukuri was released under the orders of High Court. Last week, Vision Group dragged ISO and Attorney General to produce Etukuri in court, dead or alive.

At Wandegeya Police Station, Kamagu’s listeners, friends and relatives were flocking in to see him.

This is not the first time for police to arrest Kasule. In 2013, police arrested and kept him behind bars for a week. At that time, Kamagu was critical of Kampala Capital City Authority operations. 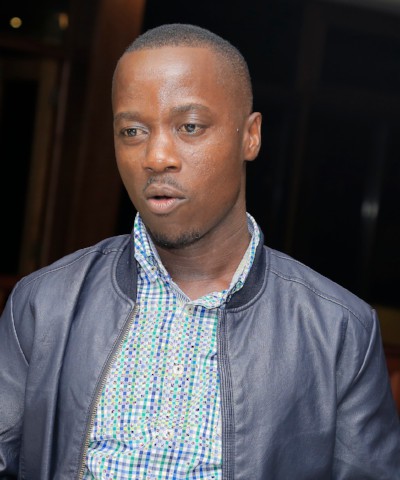