Over 1,000 pupils stranded as 75 schools are closed in Mbale 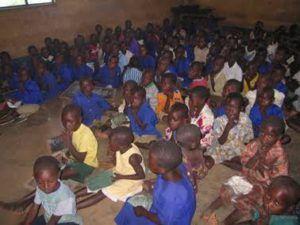 About 1,000 pupils in Mbale District face a bleak future after leaders closed 75 private schools over lack of minimum operational standards.

The schools were closed during a Monday operation spearheaded by the Chief administrative Officer, Ms Adongo Roseline Luhoni, the RDC, and police.

According to the District Education Officer, Mr Mike Nagosya, the affected schools were operating n dilapidated structures, while others lacked basic hygiene facilities such as latrines and untrained teachers.

Ms Adonogo said some of the schools do not have trained teachers. “We have had several meetings with the owners and Administrators of Education institutions since 2016 to date but they have continued to operate not in accordance with the Education Act,” Ms Adongo.

“The affected schools will remain closed until further notice because we cannot allow you to continue operating in such dire environment,” she said.

Education Act, 2008 of Uganda under section (32) prohibits operation of a school by anybody without due registration and licensing by relevant authorities.

The Education Act 2008 stipulates some of the basic requirements for a school to be registered and licensed and include enough land, good sanitary facilities such as toilets, trained teachers and instructional materials.