Doctors to call off strike after govt agrees on pay rise

KAMPALA–Striking doctors are set to resume work tomorrow after government reportedly agreed to revise their salaries.

According to the agreement, the lowest paid doctor will earn Shs5m down from Shs1.3m.

The agreement means that resumption of normal service at government hospitals resumes tomorrow, Wednesday putting an end to the two-weeks strike that had crippled service delivery in the medical sector.

According to sources in government, the leadership of Uganda Medical Association has accepted to call off the industrial action announced on November 6, 2017.

The government had earlier on called in doctors from the armed forces to save patients who cannot afford treatment from private facilities.

But in a Cabinet meeting held on Monday, it was reportedly agreed that the salary of a starting doctor currently at Shs1.3million be increased to Shs5million in the coming financial year and that government through the Prime Minister should put the commitment in writing.

“Doctors have assured us that the strike is going to be called off on Wednesday. There is finally a relative common ground materializing,” a source in government who asked not to be named told us.

When PML Daily contacted the President of Uganda Medical Association (UMA), Dr. Ekware Obuku, for a comment, he did not deny or confirm.

He, however, added that only the Extraordinary General Meeting which is yet to be convened will make the final decision.

UMA National Executive Council is set to convene a general meeting on Saturday this week to announce government commitment to its members.

“The Rt. Hon. Prime Minister is to write a letter of commitment on the government response to our requests. The UMA NEC will then convene a General Assembly to communicate these government commitments,” a letter released by Dr. Obuku on Monday stated.

Doctors originally wanted the government to increase salaries and duty allowances of health professionals, review the supply chain and management of medicines, vaccines and medical supplies, as well as disband the State House Medicine and Health Service Delivery Monitoring Unit. 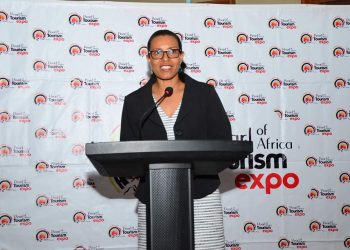