KAMPALA—NBS Television has a big ambition. To be the market leader. They want to realise that soon.

For any television media achieving such a dream can be as easy it can be subjective. Market leader in what sense? Viewership? Best news packaging? Live coverage? Investigative reporting? General programming?

This week I followed a private WhatsApp conversation among journalists who decided that it was a day to critique local television. It started with someone sharing that NBS Television reporter (names withheld) was so terrible at their job that their delivery just ends up like a slap in the face.

“NBS Television has no news. For news, go to NTV,” said another.

A member of the group, who is attached to NBS, tried to go on the defensive. It was up to no use as credits were thrown about with the finesse of Messi slaloming past defenders for NBS Television’s live events coverage. “That is NBS TV’s forte. NTV is totally clueless when it comes to live coverage but they take the evenings with news bulletins,” said another.

So what aspects does NBS Television need to string together to make them the market leader? The answer could be right at Media Plaza in Kamwokya, the home of NBS Televsion. The implementation is another thing altogether—can just buying the best of the rest and lumping them together do the trick or would nurturing own talent make them grow with experience at the station?

NBS believes it needs to shore up its investigations desk as much as it has to boost its news delivery. To get this done, NBS has been in talks with some of the top investigative journalists at various media houses. Of course, their first stop in always NTV.

On June 21, Imokola told PML Daily by email that they were working to boosting their investigative desk on several areas such as human resources, equipment, content, capacity building and partnerships, but remained would neither deny nor confirm being in talks with the said reporters.

“Some of these are still at very initial stages and not conclusive, and it would be misleading for us to talk about them,” Imokola said then.

But the fruits of the negotiations are coming out. On Thursday, Edris Kiggundu announced he was leaving The Observer to take up a new role at NBS Television.

“Leaving the small and friendly family at The Observer was one of the hardest decisions I have had to make. It is like leaving your parents’ home to start an independent life. One thing I have learnt though about life is that the only constant is change. Good luck to The Observer team and I am confident even the sky will not be the limit,” Kiggundu said.

The management of NBS TV believes I should be part of this exciting journey in a senior role. They have wonderful projects coming up and I am only flattered for the confidence and trust they have placed in me, to be part of that effort. On this new expedition, I hope to learn new lessons, make new friends and to share my experiences.”

The senior reporter starts work at his new station next month. 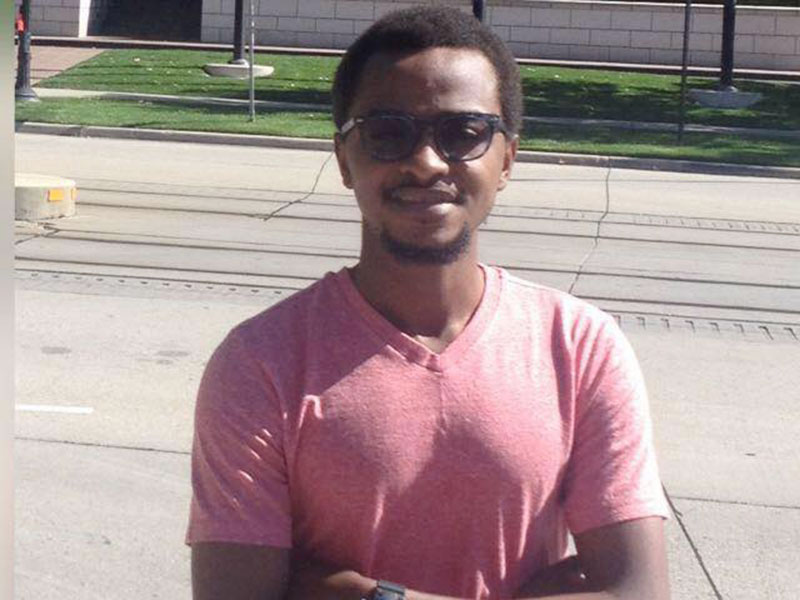 Mutaizibwa last month played coy on the subject, saying simply: “I think there is some merit towards the rumour though my comment is off-cuff.”

However, developments at Kamwokya indicate that the NTV Political and Investigations Editor, who is on a honeymoon, will formally hand in his resignation when he returns.

In the last three years, NTV has practically turned into NBS TV’s recruiting ground. Among those who crossed from Serena to Kamwokya include news anchor Rukh-shana Namuyimba, and Solomon Serwanja, a reporter.

Mutaizibwa, sources said, has been frustrated by low pay and other issues at the Serena-based station that made NBS TV’s offers irresistible since the latter station has been widening its horizons in news coverage.

Kariisa wants a strong investigative desk with Mutaizibwa as the director. In Serwanja, Kiggundu, Okuda and Matsiko, the NBS Television chief executive envisions a complete package that will keep Ugandans tuned to the station for authoritative news coverage.

Okuda is said to be open to the move but is tied down by his studies at Law Development Centre. Understandably, the station is willing to wait on the Monitor reporter and NTV Fourth Estate panellist to sort the business at LDC before taking up the offer.

Matsiko, the investigations editor at The Independent, was initially dragging his feet because he is still passionate about writing. NBS management was trying to see how they could keep him in his passion while stringing at the station. Matsiko told this news website last month that he had been in touch but that there wasn’t much on the table yet.

That was June. We were unable to reach him for latest development today.

The big question though is, will NBS Television sustain and manage to balance their pay cheque in the long run given the big offers they are throwing in human resource? Employing such many top journalists, moreover after luring off from other media companies, means NBS will be partying with sizable revenue in paying their salaries.

This would mean the station has either to make the most of their talents and produce enough to generate big revenue that meets salary demands of its expensive human resource ensemble or risk choking with the food it just stuffed its mouth with.