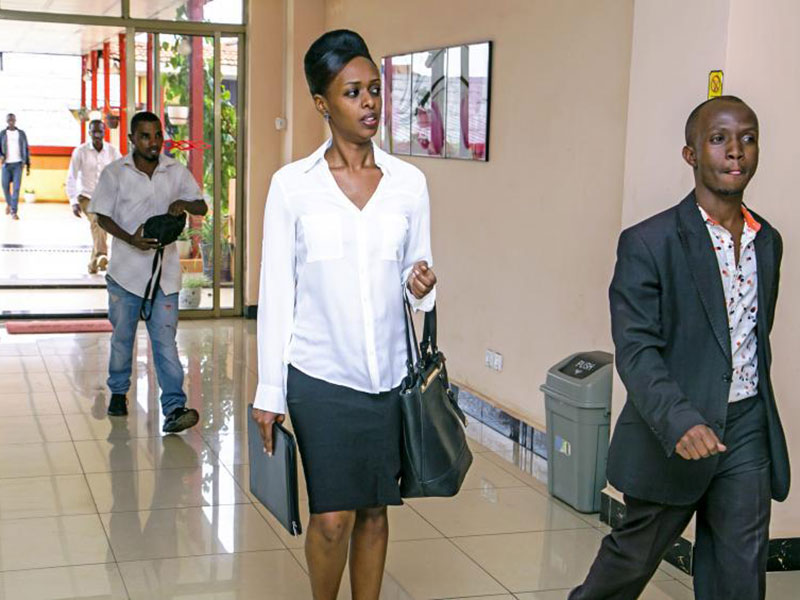 RWANDA. Diane Nshimyimana Rwigara’s shot at the Rwanda presidency has fizzled out like dew with the country’s electoral commission shutting the door to her bid Friday.

Incumbent President Paul Kagame will now only be challenged by Frank Habineza of the Democratic Green Party of Rwanda, and Philippe Mpayimana, an independent candidate.

The other two aspirants who submitted bids but joined Rwigara in the cold are Gilbert Mwenedata and Fred Sekikubo Barafinda, both independents.

Last week, Rwanda’s electoral commission released provisional list that only had the two candidates endorsed by their political party; President Kagame and Habineza, with the other four asked to fulfill further requirements.

Among the requirements the electoral commission demanded were that every aspirant who was not endorsed by a political party to gain the confidence of at least 600 registered voters within the country, including at least 12 signatures from each of the 30 districts of the country.

Rwigara, a daughter of a prominent businessman who was killed in an accident a few years ago, had more than 600 signatures but did not meet the district quotas, the electoral commission said.

The candidates were given until July 6 to fulfill the requirement ahead of the final list today.

At 5pm CAT, the electoral commission shut the door on Rwigara’s dream.