KAMPALA – Leaks of the transactions of Bank of Uganda deputy governor Dr Louis Kasekende have continued to spiral, with the latest being his transactions of over Shs 897 million through the mobile money platform for the period June 30, 2017, to March 30, 2018.

Earlier, Dr Kasekende, one of the top central bank officials in the eye of the storm, and facing an investigation by Parliament and the Inspector General of Government had his wife Edith Kasekende’s accounts at a city corporate bank – Standard Chartered (U) Ltd leak, showing that she transacted billions of shillings, including a remittance from the central bank.

However, Stan Chart, as the bank is locally called, denied the leaked accounts in an October 19 statement, saying the leaked documents did not originate from the Bank.

“We would like to categorically state that the purported statement is fictitious and does not reflect the account of our customers [Edith Kasekende].

“We would like to assure our esteemed customers and stakeholders that we have strong and robust structures designed to protect their interest. Our employees also adhere and comply with our internal processes and procedures on customer data confidentiality,” Mr Saltson noted.

Over the weekend, social media was awash with a fat bank statement purportedly belonging to Mrs Kasekende

The “leaked” accounts, for instance, included Shs1.7 billion payment from China Railway Seventh  CRSG Company and Shs 394 million from Arnold Masembe, which is suspected to be a payment from BoU lawyers.

Between the same date she deposited Shs415m and Shs383M respectively, and another Shs120m and Shs394m, although the source of this money remains unknown. 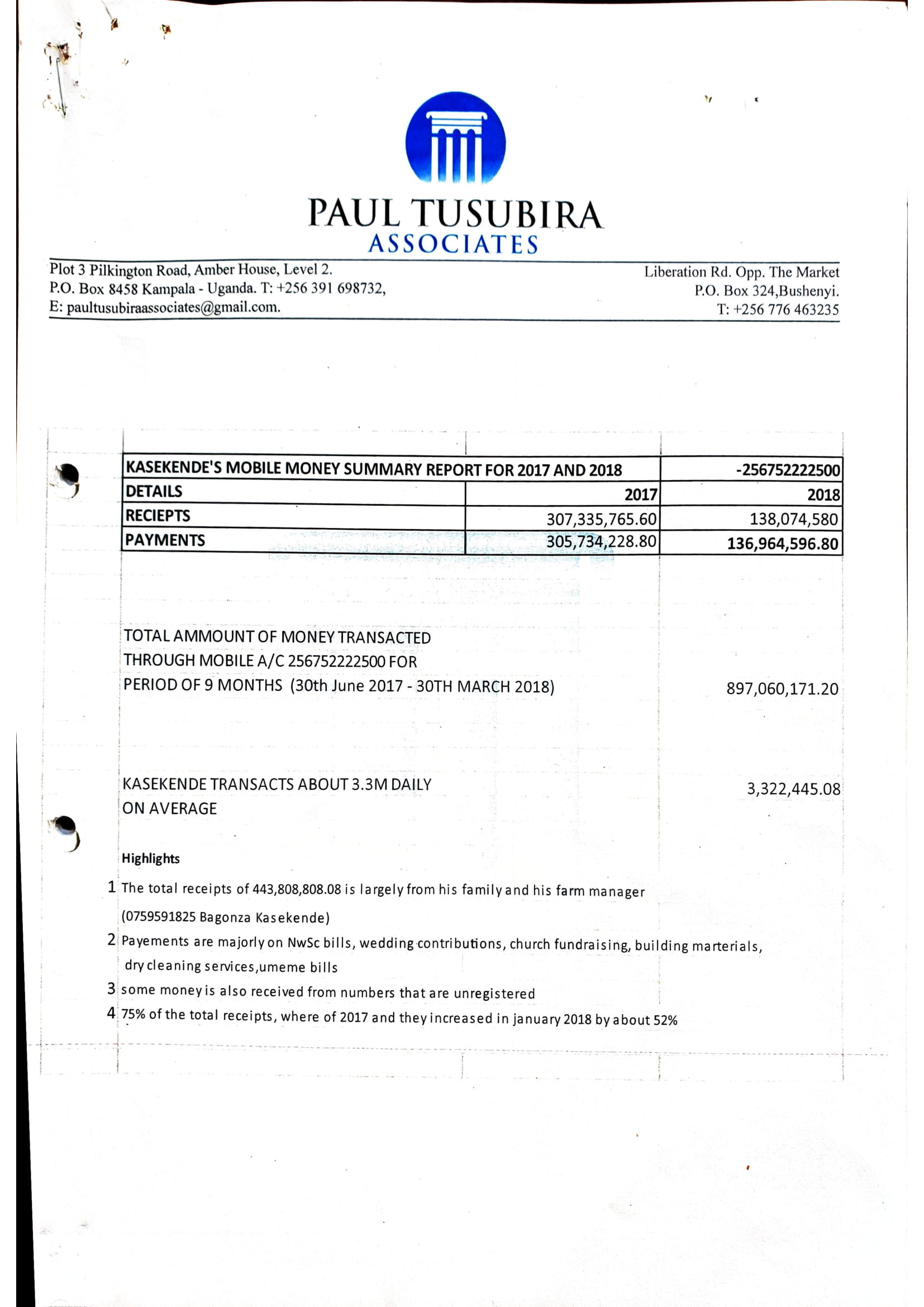 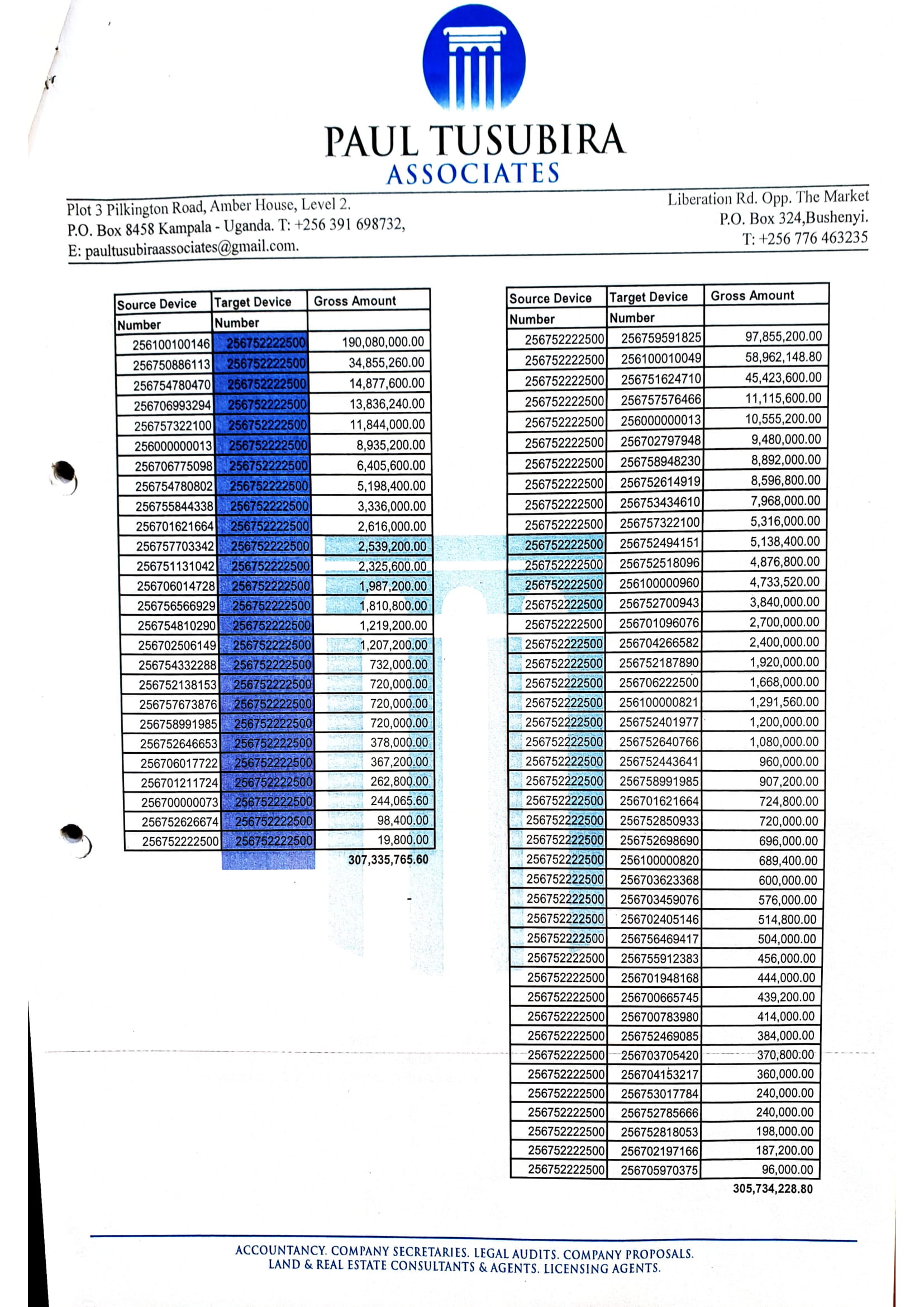 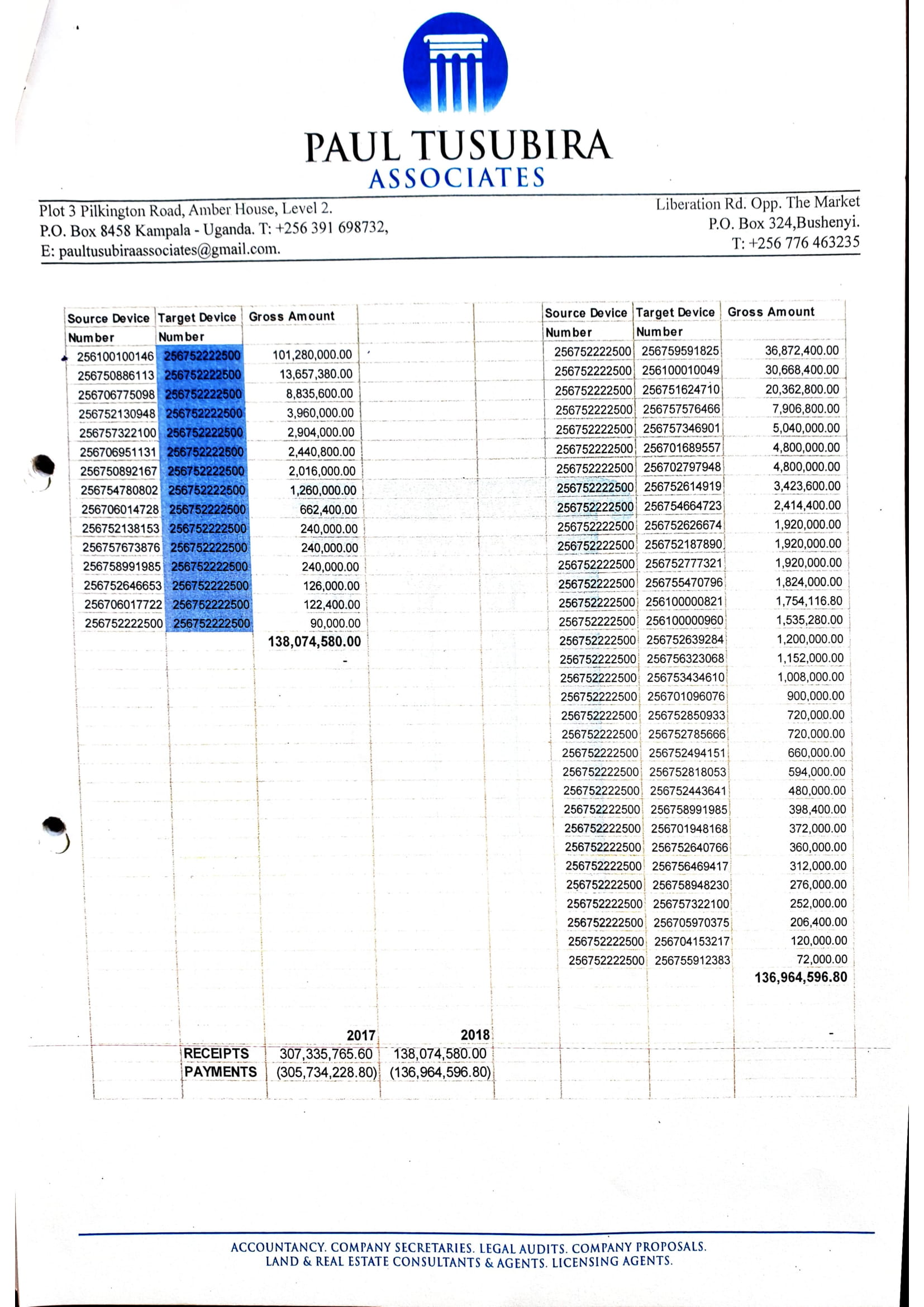 Despite the bank denial, Mrs Kasekende continued to be hit with more leaks, with a top lawyer for Bank of Uganda discovered too, to be a top client of Inspire Talent, a company owned by herself.

According to Inspire Talent website, AF Mpanga Advocates owned by David Mpanga is one of their top clients. The law firm is also a top client of BoU.

PwC is a former auditor of BoU.