BOMBO – The Government of the United States of America on Wednesday, July 25, donated equipment at General Military Hospital – Bombo that will be used to enhance HIV/AIDS management at selected hospitals of the Uganda Peoples’ Defence Forces’ (UPDF).

The donation is from the US Department of Defence in conjunction with the President’s Emergency Plan for AIDS Relief (PEPFAR).

On behalf of the UPDF leadership, Brig Ochen reiterated the enduring support that the U.S government has given towards infrastructural development and equipping of health facilities in the UPDF, especially those for HIV/AIDS Management.

The Director of HIV/AIDS in the UPDF, Col Cassette Wamundu noted that through such partner support, the UPDF has acquired two mobile vans used in HIV prevention and management campaigns and established 28 Anti-Retroviral Therapy (ART) clinics as well as 46 HIV Counselling and Testing (HCT) Centers. 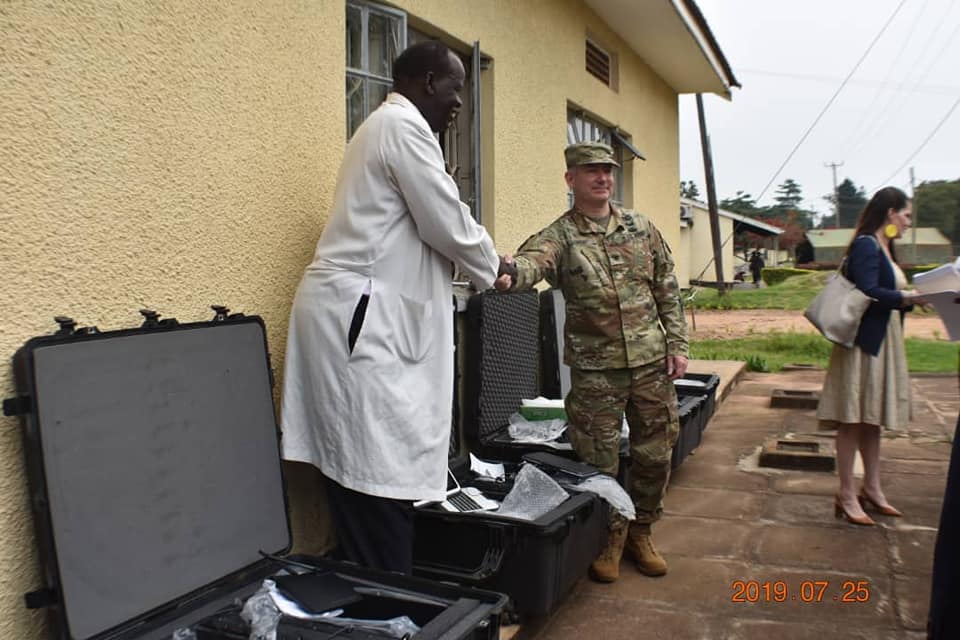 He noted that the HIV/AIDS clinics serve both civilians and members of the UPDF. “Over 83% of our clients are civilians from the nearby communities,” Col Cassette noted. He added that ULINZI condoms, a UPDF brand, has gained popularity since its launch late last year and the number of soldiers and civilians seeking for safe male circumcision too has risen.

Col Edward Dupont applauded the UPDF for a commendable work done in the fight against HIV/AIDS stressing that it is worth the support given by partners.

The function was attended by among others the PEPFAR country coordinator Ms Amy E Cunningham, Maj Michael Miller from the U.S Mission to Uganda and Brig Flavia Byekwaso a UPDF Representative in Parliament.