The Jamaican stars will be headlining The Bell Jamz All-Star Tour Concert come this Friday where they will be featuring a queue of own finest musicians.

Upon arrival the artistes promised a massive performance, saying that they know Ugandans love their music and therefore they must also give in their best.

The Bell All-Star Tour Concert that has been happening all over the country for the previous months is set to be wrapped with a mega party that will be headlined by the two Jamaican singers.

It should be remembered that the previous Bell All-Star tours have seen international acts headlining them mention celebrated American RnB artist Shaffer Chimere Smith aka Ne Yo who performed in Kampala in 2015 and recently being Jamaican singer Tarrus Riley in 2018. 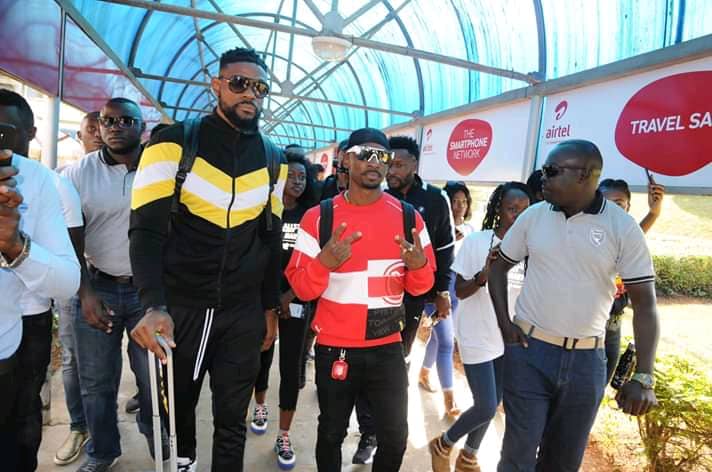 Christopher Martin has songs like cheater’s player, let her go, I’m a big deal, and many others while D-major has hits like deal is done, it’s on the way and others.

Born in Kingston, Jamaica to a single mother, Damian Codlin a.k.a. D-Major grew up in a middle-class household listening to his mother’s R&B and Reggae collection of vinyl.

D-Major has collaborated with Christopher Martin and Agent Sasco on “Real Friends” and Busy Signal and Richie Loops on “Party Like It’s Your Birthday.” These hits helped to propel D-Major to mainstream success in Jamaica and on the international music scene.