Just weeks after donating three awards to the Uganda Museum, Edirisa Musuza, popularly known as Eddy Kenzo has been appointed Uganda’s Tourism Ambassador by the Uganda Tourism Board.

Eddy Kenzo was once chosen as tourism ambassador for neighbouring Kenya, which left many Ugandans wondering if the government didn’t see how high Kenzo was flying the Ugandan flag by winning a series of international awards.

On one of his social media platforms, he thanked Kenya for believing in him but said east or west home is best, so he is ready to work hand in hand with the all concerned parties so as to promote tourism in Uganda and continue flying the Ugandan Flag higher.

The father of two donated his Afrima Award 2017, BET Award and KUNDE BF 2015 to Uganda Museum as a way of inspiring the younger generation to dream big and also inspire them to work harder and achieve greater things than him or other artists.

He is the first Ugandan to win the award. 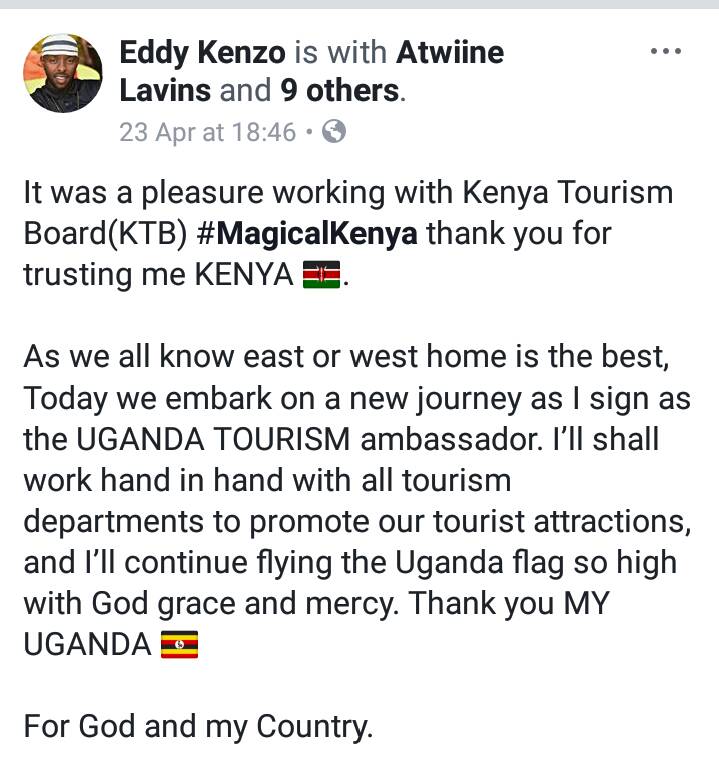