GULU — The ropes the rebels used for crossing a river was cut. The rebels watched as the water swelled to swallow her. But something happened. Kony had changed his mind and rather than order his boys he had himself dived into the river and swam after her. Joseph Kony was saving a life.

Evelyn Amony still vividly remembers this day in Pagee river in 1994. Saved from death by the man people know for killing and all sorts of atrocities committed on the people of Northern Uganda during the over two decades of the Lord’s Resistance Army insurgency in the area.

“He is actually a very good swimmer,” Amony says, recalling the incident after she had just been abducted on August 24, 1994, as a 12-year-old Primary Five schoolgirl. Amony was abducted from Atiak Sub-county in Amuru District.

Her gods of favour seems to have been very much awake from the moment she was abducted, and, like the god was paying back for sleeping when Amony was being abducted, it decided to bail her out from any troubles. As many abductees continue to languish in the Lord’s Resistance Army confine even today, Amony returned home 12 years ago.

Amony returned from the bush after 11 years in 2005 at the age of 22 with three children. She was one of the many wives of the LRA rebel leader Joseph Kony, the father of her three children. At the age of 12, Amony joined a team of about 60 wives living in one camp as Kony’s wife.

To the rebels, Amony was a potential wife though she was abducted at time Kony had ordered the rebels to stop abducting more people. Every man wanted her for a wife resulting in a friendly fire among the rebel ranks that led to the death of one.

“The people who abducted me were rivalling over me. I couldn’t tell who among them wanted me. So Okello, a director in the LRA outfit at the time, ordered for me to be killed,” Amony recalls.

Amony was taken to the firing squad in a nearby bush, her second execution after the water incident that she insists was intended by some of the rebel leaders.

“Where I was taken to be killed, Kony suddenly appeared because he had a visit in that Brigade called Stocri, commanded by Rasta Lukwiya. I had already been beaten and my head was swollen. I don’t know what happened but I woke up to find myself safe in a hut of Otii Lagony. Kony had reprimanded those who hurt me and had me taken away from the firing squad to safety,” Amony narrates.

Rasta Lukwiya, who was gunned down on August 12, 2006, was the highest ranking LRA rebel leader after Kony and Vincent Otti. The latter would later be executed by Kony for nursing desire to enter peace talks with the Government.

Amony was later taken to babysit Kony’s son Ali, a job she took on with a passion to help the vulnerable child whose mother she did not know.

Ten years on, Amony has fond memories of Kony. Despite the various atrocities that people know him for, Amony appreciates Kony for saving her life.

“Most times people feel bad when I say that Kony saved my life but he is the reason I am still alive today,” she says.

In the eleven years that Amony lived in the bush, she was a wife among the over 60 wives of warlord Joseph Kony. She appreciates him for teaching him how to be a woman and to love all people.

“He taught me how to be clean as a woman. He does not want filth. He told me he wanted me for a wife because of my neatness,” says Amony.

Kony also taught his women how to work hard to fend for the family.

“We would all go to the garden together and when washing children’s clothes at the stream, you pick for any child, not just your children and all children were taken equally not that this is mine or that is for my co-wife,” she recalls.

Amony also remembers Kony beating all his wives for the mistake of one wife to show them that they were all equal before him as a husband in the family.

Although Amony is remarried after coming back from the bush, she recalls how Kony used to love his children just like any other father and had enough time for leisure to chat with both the men and women around him.

But that Kony was a weirdo with eerie personality was not in doubt. Amony says he used to have a spirit that would command him in his operations. She says the spirits would speak through him while his personal aide wrote them down on paper. All orders given by the spirits had to be adhered to or else one would pay a heavy price.

“During the Operation Iron Fist, the spirit commanded that the rebels should not have intercourse. All those who defied the order were shot in their private parts,” says Amony, adding that for some reasons, rebels who defied orders were always killed by the UPDF at battle fronts. 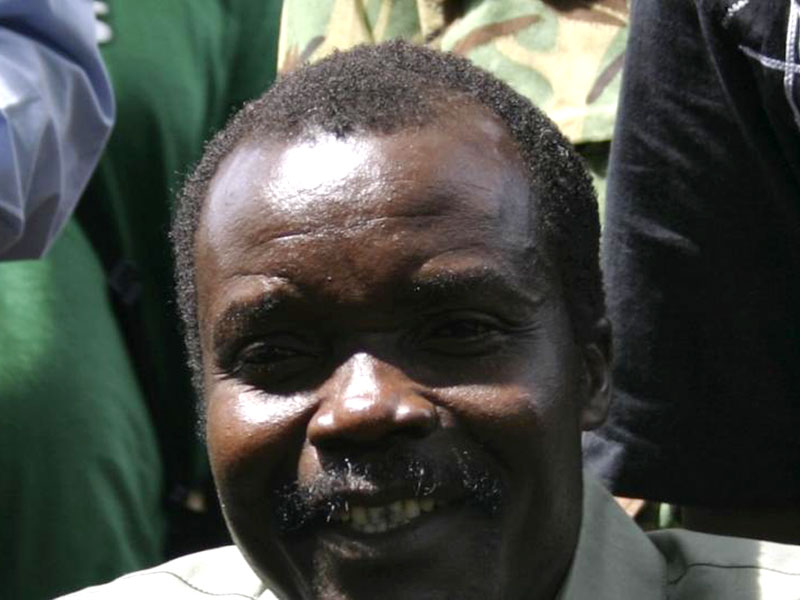 In March 2002, an effort to end, once and for all, the 15-year conflict in northern Uganda saw the UPDF launch “Operation Iron Fist”, a military campaign to root out Joseph Kony’s Lord’s Resistance Army (LRA) by taking the war into South Sudan, the LRA’s military and logistical base.

Amony escaped from South Sudan and entered a UPDF ambush in Paluda in Palabek in present Lamwo district.

“I had walked for long and was so tired. When I put up my hands, they kept shooting around me until a soldier recognised me and signaled them to stop. He knew me from the bush,” says Amony.

Amony was later airlifted by Brig Otema Awany. She spent some time at Gulu army barracks before her rehabilitation and final resettlement in the community with her two children. Her third child, Winnie, was taken by the soldiers during attacks in the bush and she is still looking for her.

She recalls her mother-in-law (the mother of Kony) telling her about the birth of Kony. The old woman was at pains to explain how her son had taken up the infamy of a war lord.

“She said giving birth to Kony was easier than her experience with her other children, that Kony was a very healthy and peaceful child but later would have sudden attacks of spirits,” Amony says of her interaction with Kony’s mother.

Kony was born in August 1961 in Odek, a village east of Gulu in northern Uganda, to farmers Luizi Kony and Nora Obol. Kony enjoyed a good relationship with his siblings, but was quick to retaliate in a dispute and when confronted he would often resort to physical violence.

His father was a lay catechist of the Catholic Church, and his mother was an Anglican. His older sister, Gabriela Lakot, still lives in Odek.

Kony was an altar boy for church until 1976. He also dropped out of school at the age of 15.

In 1995, Kony came to prominence in Acholiland after the Holy Spirit Movement of Alice Auma (also known as Lakwena and to whom Kony is thought to be related).

Kony was indicted in 2005 for war crimes and crimes against humanity by the International Criminal Court (ICC) in The Hague, Netherlands, but he has evaded capture for years.

Earlier this year, the US pulled out of manhunt it has been carrying out in Central Africa Republic looking for Kony after giving up on ever capturing him.