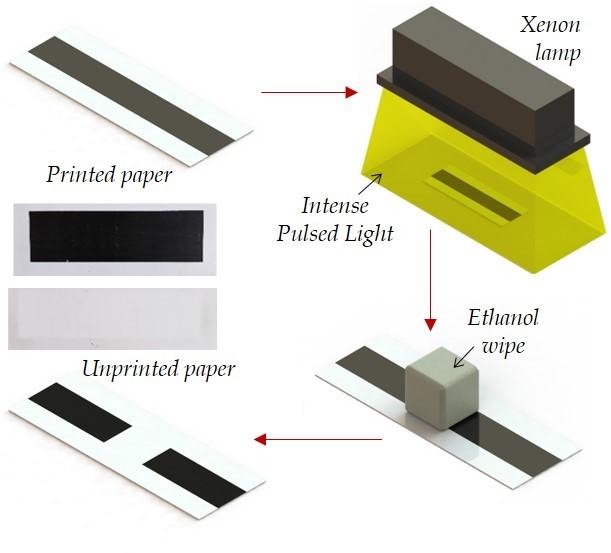 NEW JERSEY -A new unprinting technology has been discovered by scientists which enables the reuse of paper without going through the recycling criteria.

The technology which requires intense pulped light from a xenon lamp can be installed on ordinary printers to add on their functions an unprint function.

According to Rajiv Malhotra the research coauthor, the “method makes it possible to unprint and then reprint on the same paper atleast five times.” which is the exact number of times a paper can be reused under conventional recycling.

The new technology is expected to help offices in greatly reducing their expenses on sheets of paper by enabling them to reuse the same paper for more than one time.

According to a statement from Rutgers University, the method will save the environment as well by reducing the number of trees cut for soft wood to make papers, curb pollution resulting from the recycling of paper and reduce littering of papers.

The method can unprint red, green blue and black tonner colours from the paper without damaging it leaving it able for reuse.

However, leading researcher in the study Rajiv Malhotra says that they are working hard to include other tonner on the list of those that can be imprinted.

Recycling of coated paper is a major contribution to climate change emissions which are very dangerous to the environment according to the study in the journal of Cleaner Production.