KAMPALA – The Permanent Secretary Ministry of Finance, Keith Muhakanizi, has on Thursday, July, 25 briefed the press on quarter one expenditure releases for FY 2019/20 and said that a total of UGX 5.7 billion has been released.

Mr Muhakanizi said that the release of recurrent funds for public Universities will be done in line with the semester system.

He also asked all Local Governments to remit their local revenue collections to the consolidated fund for release in the subsquent quarter.

The Permanent Secretary added that funds for the Electoral Commission have been provided to ensure timely execution of the electoral roadmap.

“The development budget of the Local Governments released is 33% of the approved budget.This has been done to minimise procurement delays and to give enough time for implementation of Govt progs”, he noted. 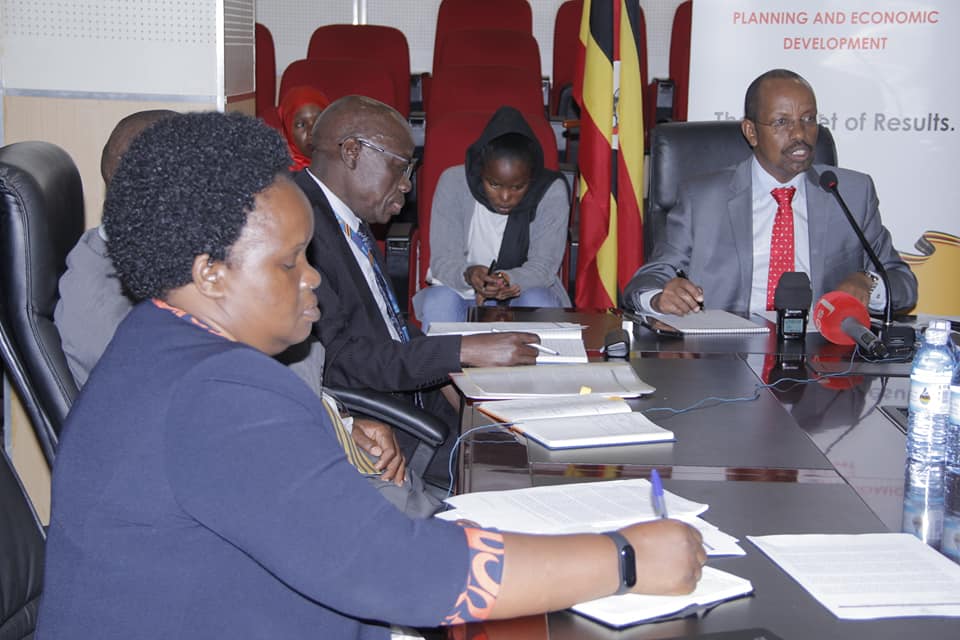 He directed Accounting officers to prioritize payment of service providers, display payrolls for salaries and pension and also ensure timely submission of performance reports and accountability in addition to clearance of domestic arrears.

I had no idea! Museveni surprised private institutions are paying taxes