KAMPALA – Mathias Busuulwa, the Airtel Territory Business Manager has on Wednesday 19 signed a Memorandum of Understanding (MOU) on behalf of Airtel Uganda with Mbale Public Library of Uganda to officiate the launch of free WiFi powered by fast and reliable Airtel 4G network.

On Tuesday 18, Airtel Uganda launched an initiative to provide free unlimited WiFi to 19 public libraries across the country.

Jinja and Kampala public libraries became the first beneficiaries of this as they received free unlimited WiFi on Tuesday.

“Following the successful launch of free WiFi powered by Airtel 4G in select public libraries in Kampala and Jinja, our team led by Charity Rwabutomize Bukenya, the CSR Manager is at Mbale Public Library to spread the Airtel 4G experience,” said Airtel.

“Today [Tuesday] we are at the Jinja Public Library to provide free unlimited WiFi to enhance the culture of learning and reading using the internet,” said Airtel Uganda. 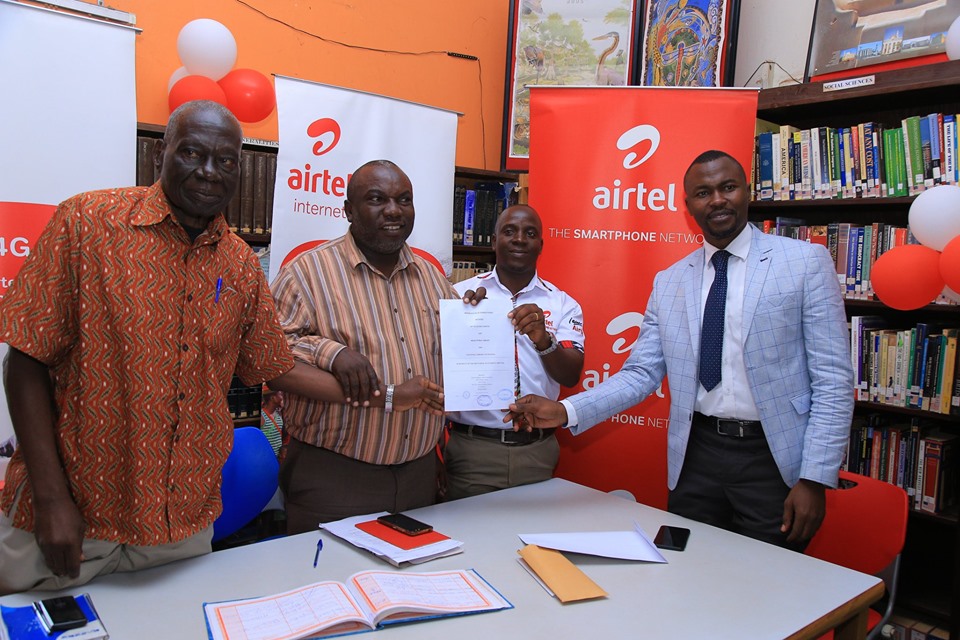 Mr. Mutwalibi Mafabi Zandya, the Mayor of Mbale thanked the telecommunication giants for this initiative.

“I thank Airtel Uganda for this initiative. With reliable and affordable access to internet, service delivery, especially in education, will be enhanced to the benefit of the community and nation,” he said.

It will also allow Airtel users to experience improved 4G availability inside buildings – homes, offices, and malls, along with wider availability of Airtel 4G across Uganda.